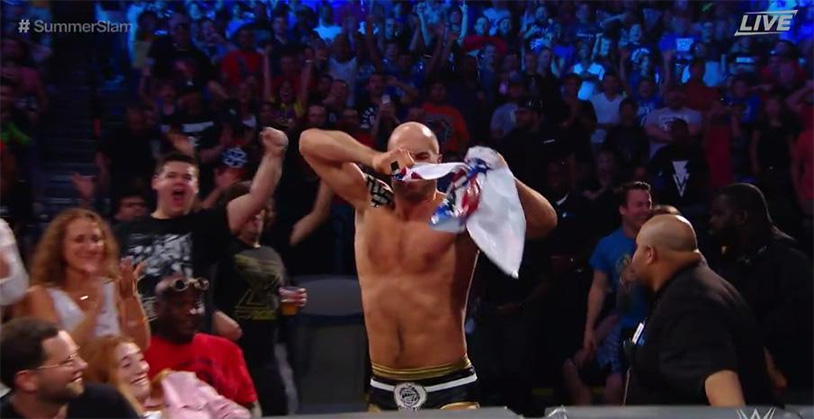 If you’re a wrestling fan, you’re probably tuning in to WWE Raw tonight. But there’s really no experience quite like seeing the game of human chess in person. Wrestling crowds are well known for being vocal and rowdy, but recent behavior in New York City has the company a little irked.

In wrestling parlance, it’s called “going into business for yourself” – doing something that distracts from the action in the ring and the stories the wrestlers are trying to tell. At this year’s SummerSlam show, that took the form of audience members batting around a beach ball during several matches. The fun came to an end when wrestler Cesaro jumped the barricade, snatched the ball and tore it up with his bare hands.

This would seem to be a pretty conclusive message, but you know how wrestling fans are. Now they want to bring a beach ball in the hopes that the incident will repeat itself. The whole thing became such a problem that the WWE has released a request to venues hosting their Raw and SmackDown shows: confiscate any beach balls or other inflatables that fans may try to bring in.

An argument could be made that if the wrestlers don’t want people to get distracted during their matches, they should work harder to keep the audience involved. We’re not sure. All we know is that it’s time to leave the balls at home.

Get the whole story at PWInsider.