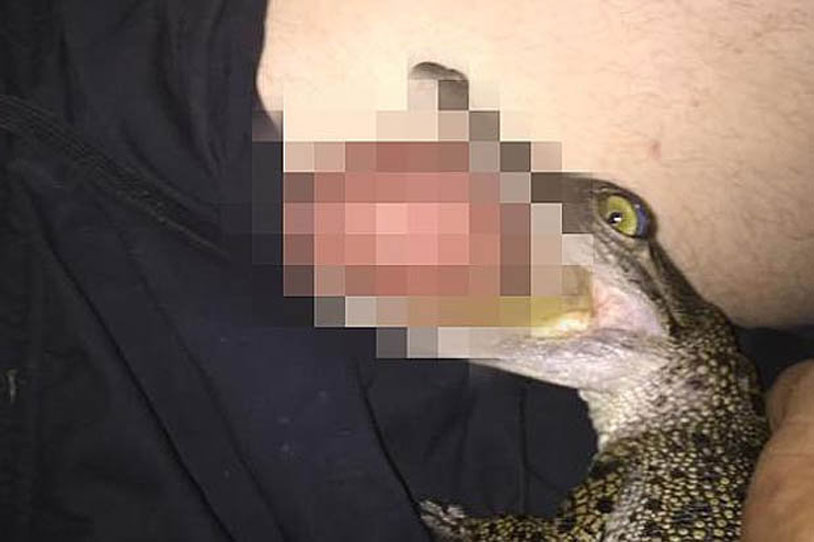 Here’s a story for the horrifying bucket. Australian news agency NT News received this upsetting photo of a young saltwater crocodile with its jaws clamped around a man’s gonads. The provenance of the image is unknown, but the news agency reached out to an expert who told them that the croc was most likely alive when the picture was taken, not stuffed.

Saltwater crocodiles are common in the Australian swamplands, but bites like this are fairly rare. Whoever this guy is, he should get to a doctor – the bacteria that live on a crocodile’s teeth can cause some nasty infections.