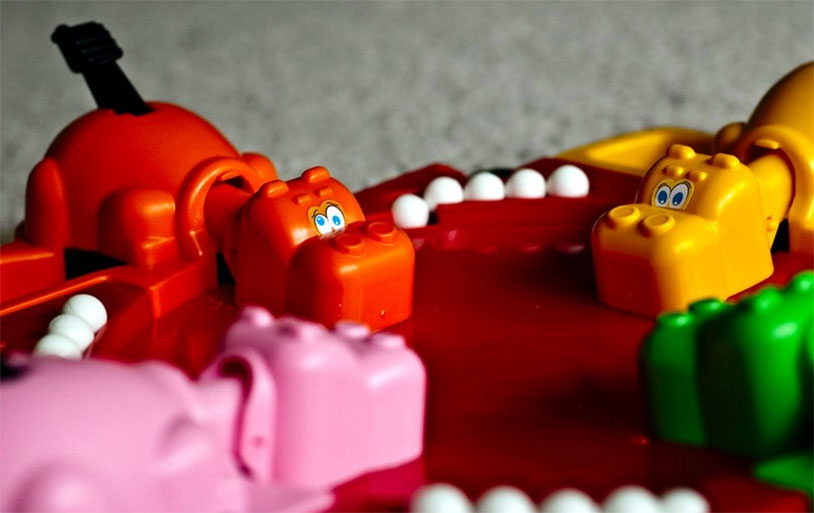 The world has a number of classic board games, but few are as devoid of strategy and skill as Hungry Hungry Hippos. Invented by toy designer Fred Kroll in the late 1960s, it was brought to market by Milton Bradley in 1978. If you’ve never played it, the core gameplay involves hammering on plastic levers to make one of four plastic hippopotamuses gobble up little marbles. The player with the most marbles at the end of the game wins.

While the little balls might look delicious, a recent story tells you to keep your animals away from your Hungry Hungry Hippos game. A pug in southern Queensland choked down eleven of the little orbs and had to be rushed to the hospital. Toowoomba woman Meg Menhinnit was playing the game with her son when she noticed her dog Sherman taking an unusual interest in it. She looked over and Sherman had one of the balls in his mouth, and instead of dropping it on command he swallowed it.

Menhinnit then noticed that a number of the game’s balls were missing, concluding that they were now residing in the pug’s gullet. She took him to the vet, where Sherman was given an injection to stimulate vomiting. The little dog horked up eleven Hungry Hungry Hippos balls, to his owners shock. Now she’s warning other pet parents to keep their dogs far away from the game.