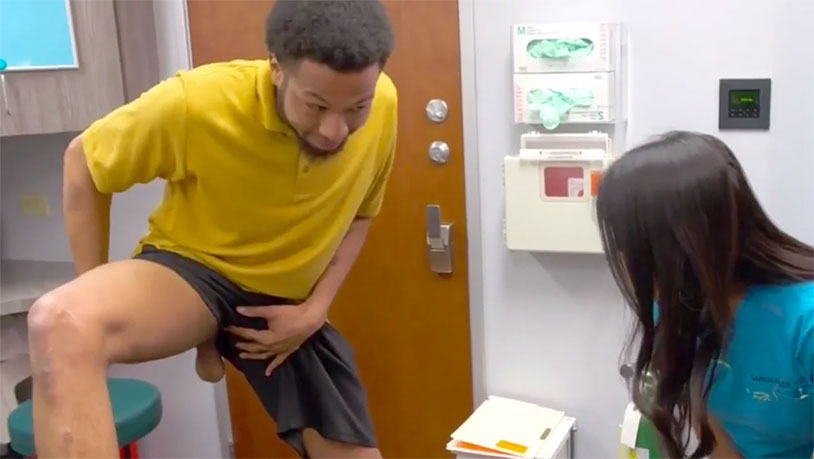 We’ve checked in with Sandra Lee, the dermatologist known as Dr. Pimple Popper, previously on this site. But in the premiere of her TLC show of the same name’s first season, she brought herself back to our attention by performing a procedure to remove what a man was referring to as a third testicle.

You know that we’re pretty well-versed in the biology of the male reproductive system here at the Ball Report, so believe us when we say that the odds of growing a third ball down there are extremely low. The technical term is “polyorchidism,” and there have been around 200 cases reported in the entire history of modern medical science. Even more notable, you wouldn’t turn to a dermatologist – even a really good one – to deal with it. So what is this “third testicle,” really?

The patient’s name was Ravon, and he had a massive lipoma dangling from his thigh that, sure enough, looked like a secondary ballsack. It was far enough down his leg that there was really no chance of it being confused with an actual scrotum, but in size and shape looked almost identical. Having this extra nutsack was causing the guy no end of difficulty, so he called upon Dr. Lee to take it off.

The surgery was awkward, as Ravon had to find a position where Lee could access the third testicle comfortably, but she pulled it off, removing the extra tissue with the grotesque enthusiasm she’s become famous for. It looks like the patient also made a full recovery, with his total ball count a healthy two.