Drew Barrymore Gets Out Of Eating Turkey Testicles 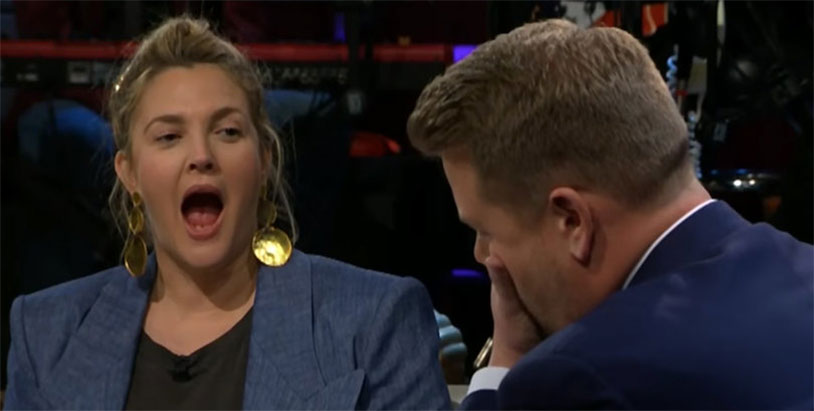 We wrote a little while back about Drew Barrymore’s ex-husband Tom Green and his battle with testicular cancer, but now the scion of one of Hollywood’s most notorious acting families has a little testicle news of her own. Barrymore appeared on The Late Late Show with James Corden and Star Wars star John Boyega last week and took part in that show’s “Spill Your Guts” segment, which offers guests the choice between either confessing something embarrassing or eating something gross.

The wheel wound up on turkey testicles, and as frequent readers of the Ball Report know these tiny organs are somewhat of a delicacy. Drew Barrymore wasn’t interested in finding that out, though, so she answered the question “Rank your costars from most to least talented. Adam Sandler, Hugh Grant and Jake Gyllenhaal,” putting poor Gyllenhaal at the bottom of the pack.

On a further spin of the wheel, the turkey testicle came up again – this time for Corden, who was faced with the question of who was the most difficult guest he’s ever had on the show. Instead of burning his bridges in Hollywood, the host downed the gonad. You can watch the whole clip below.