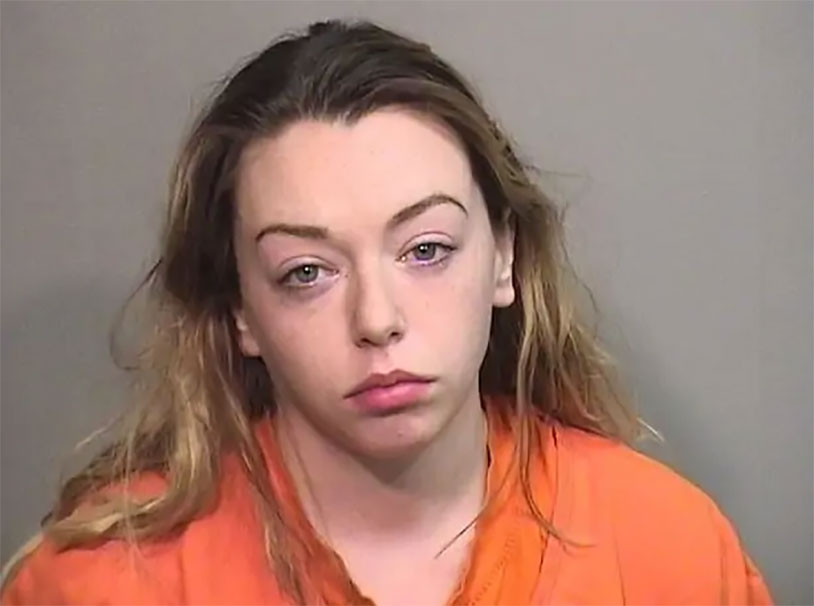 Driving under the influence of alcohol or other controlled substances is just never a good move. Not only does it make you unsafe at any speed behind the wheel, it also makes that eventual interaction with the police more likely to go off the rails. Case in point: this story that came off the police blotter in Marengo, Illinois, where a drunk driver refused to go peacefully and ended up punting a police officer right in his bozack.

Our drunk driver goes by the name of Skylar Gustafson and hails from nearby Rockford. On March 13, the Marengo Police Department responded to reports of an altercation involving a car horn. When they arrived on the scene, they found an inebriated Gustafson had driven her vehicle over railroad tracks and through a pedestrian crossing.

The drunk woman became upset and started hitting one of the police cars with her hands. When an officer tried to make her change her behavior, she started attacking him. She slapped one policeman in the face and spat and kicked at another, landing a shot right into his groin. She was taken into custody and remanded to Northwestern Medicine Hospital in Woodstock, where she proceeded to assault a security guard as well. Just a whole string of bad decisions in one night here.