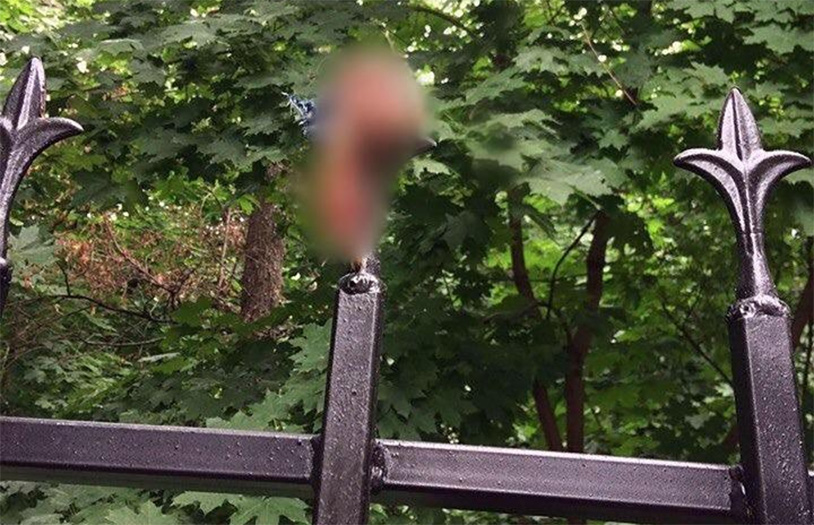 When you’re drunk, it’s important to realize that your body control isn’t what it normally is. Tasks that would normally seem simple can become almost unimaginably difficult. Case in point: this grisly story about a Russian dude who tried to climb over a fence and wound up tearing off his penis and one of his testicles.

According to Progorod58, a local Russian news site, a 27 year old man was attempting to scale a fence in Kuznetsk while blitzed out of his mind and faltered at the very top, impaling his crotch on an iron spike. He screamed in agony, attracting a crowd of onlookers, and managed to free himself and head to a nearby hospital.

It was what he left behind that got him in the papers: his penis and one of his testicles skewered through the spike at the fence’s top. Pictures of the blurred gonads promptly hit Russian social media.

We hate to be party poopers, but something about this story just doesn’t pass the sniff test. If you look at the photographic evidence provided, everything just looks too clean. Ripping out a testicle is certainly something that happens, as is severing a penis. But the two together, without taking the second ball as well? Seems unlikely, and the positioning of the todger at the top of the spike seems posed.

On the other hand, this is a crazy world and all kinds of weird things happen every day, especially in Russia.