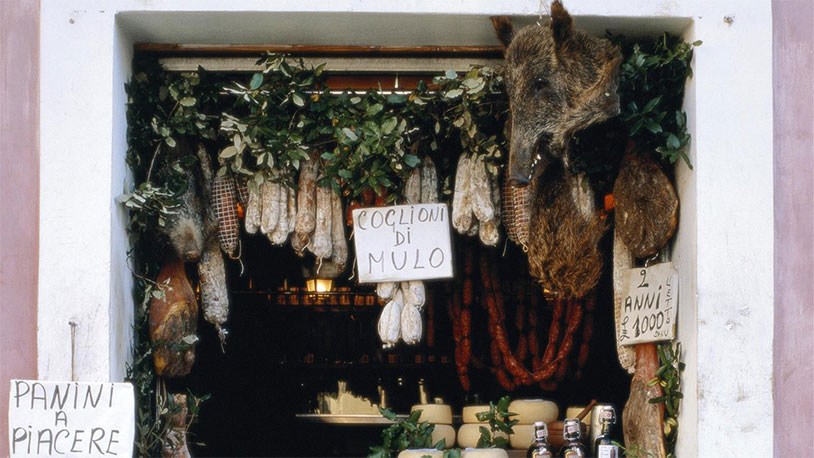 Italy is famous for their cured meats. There are numerous regional specialties all around the country, but the small town of Norcia is known by locals as the hub for incredible meats. The quaint little town has classic cobblestone streets, rustic churches… and testicle-shaped salami.

Let’s dive back into the charcuterie history of the country for a bit. Pork was a popular form of livestock, but after butchering their meat went bad quickly in the days before refrigeration. So priests developed ways to cure and preserve the cuts for long periods of time. That became the tradition of salami. Many different regional variations exist, and in Norcia you can try many of them. The streets are redolent with the smell of fat, salt and spices.

Norcia resident Giorgio Pancrazio had this to say about the treats. “Norcia’s donkey balls are so named to honor this great animal that has always worked his ass off for men, living side by side with shepherds and mountain people for ages.”

We can’t think of a better way to honor an animal than eating something named after their gonads, but we’re a little obsessed. What do you think? Would you make the pilgrimage to Italy to chow down on testicle salami?