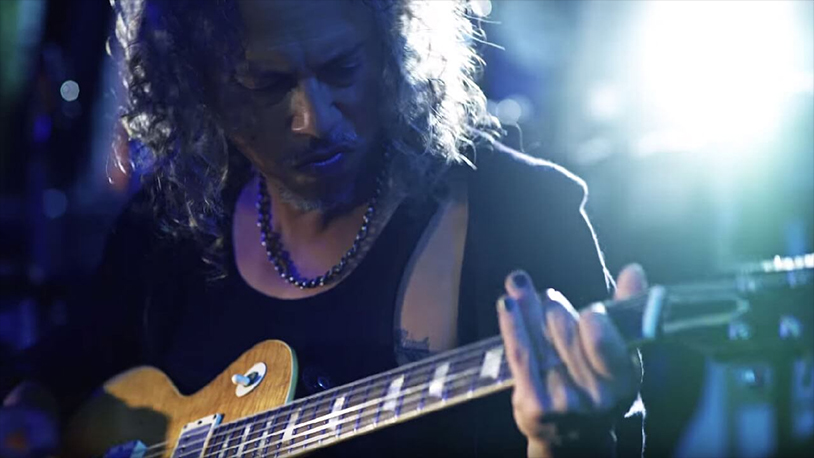 In the wide world of balls, one famous ball we haven’t touched yet is Ernie Ball. Born Roland Sherwood Ball, Ernie came from a musical family – his grandfather wrote the standard “When Irish Eyes Are Smiling,” and his dad taught Hawaiian steel guitar. He started playing himself at the age of nine, and was playing in bars by his teens.

But what Ernie Ball is most known for now isn’t his performances or recordings, but the business he founded. In the late 1950s, he founded what is considered to be the first guitar-exclusive music store in Tarzana, California. In the 60s, he developed a new style of electric guitar string that was easier for beginners, and quickly built an empire.

Ernie Ball is still one of the top brands of pro musicians worldwide, and they’ve cemented their status with a number of clever initiatives. One of the most interesting is String Theory, where they sit down with legends of the instrument to talk their career path, artistic growth and technical choices. The latest episode, starring Seether’s Shaun Morgan, just dropped.

If you’re interested, the whole String Theory series can be found here.