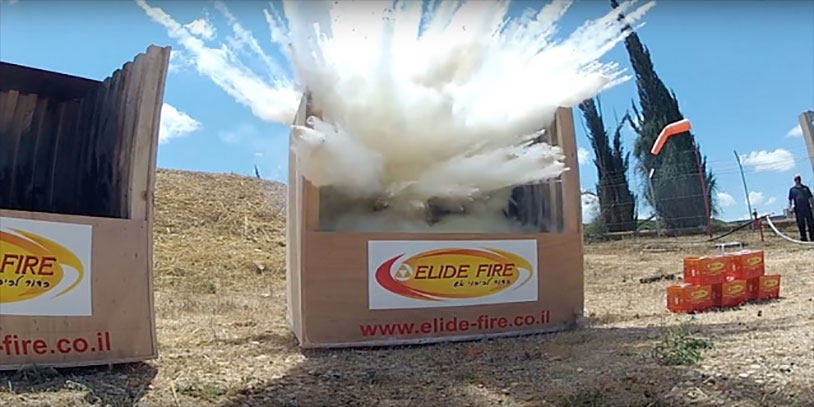 They say that the most important moments in the fighting of a fire come right after it’s ignited, before it has a chance to spread. In the wrong circumstances, it’s easy for a blaze to quickly get out of control and endanger lives and property. That’s why an exciting new technology is working to snuff them out as they start using exploding balls.

They’re made in Thailand by the Elide company and they operate on a very simple principle: no oxygen, no fire. The balls have a very sensitive fuse that ignites quickly and detonates a core of mono ammonium phosphate, a dry powder that smothers nearby flames. Here’s a video of the device in action.

These exploding balls are being used in areas in which fast response is essential, such as electrical circuit breaker rooms where stray sparks can cause untold damage to a power grid, or cooking areas in kitchens where fry grease can get out of control. They’re affordable and simple to deploy, and don’t require any maintenance. In the eternal fight against fire, they’re a very worthwhile ally.

Read more at All Africa.