Explore The Mysteries Of Ball’s Pyramid 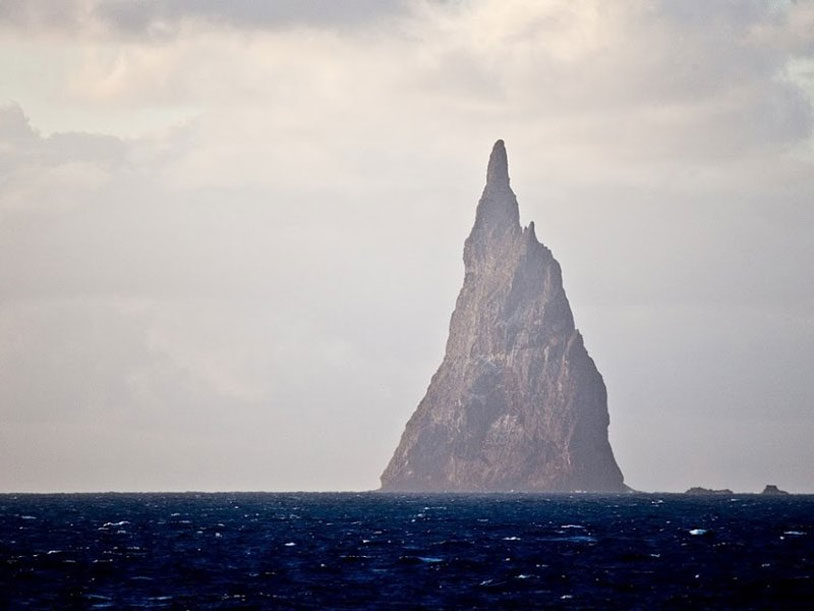 Lying twelve miles southeast of Lord Howe Island in the Pacific Ocean is the world’s tallest volcanic stack, a remnant of a shield volcano from over 6 million years ago. It’s called Ball’s Pyramid, and in 2001 a team of scientists made an unforgettable discovery there. Let’s sail out and explore the mysteries of Ball’s Pyramid for ourselves.

The spire of rock is named after the first European to sight it – Lord Henry Lidgbird Ball, a Royal Navy officer who was one of the early explorers of the Pacific Ocean around Australia, as well as the first man to bring a kangaroo to Europe. Ball spotted the Pyramid in 1788, on the same trip that he found Lord Howe Island. It wasn’t until 1882 that a landing party went ashore, but for the most part Ball’s Pyramid has remained sparsely visited.

With the advent of adventure tourism, occasional climbing expeditions to Ball’s Pyramid occurred during the 1960s and 1970s, until the Australian government closed it to the public, citing environmental concerns. Those regulations loosened a bit to permit scientific exploration and occasional other use.

That brings us to the 2001 expedition of David Priddell and Nicholas Carlile. The pair had seen some unusual vegetation on the spire near the water line, and they thought that it might be able to support life.

What they found was even more surprising – the world’s only living population of Lord Howe Island walking sticks. These enormous insects, which early Europeans called “tree lobsters,” were wiped out by an infestation of rats in 1920 and declared extinct. Amazingly, a population managed to survive on the forbidding face of Ball’s Pyramid for the next 80 years. 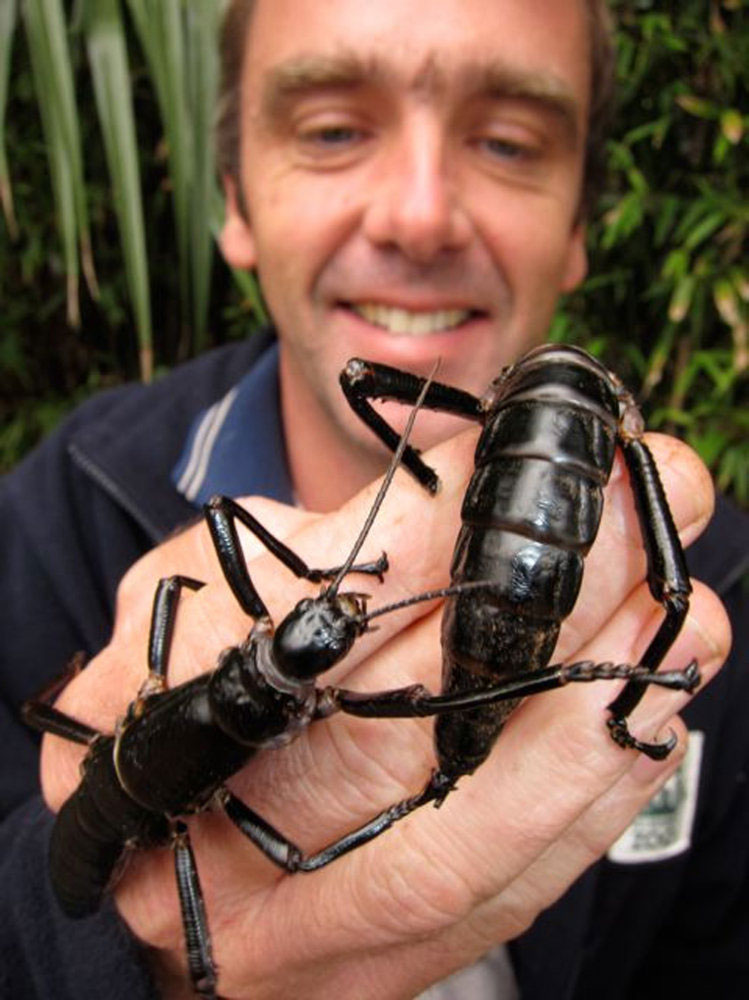 Priddell and Carlile met with the Australian government and convinced them to let them remove two breeding pairs to a zoo in Melbourne, where they successfully reproduced. Now the Lord Howe Island walking stick has been brought back from extinction, and they’re talking about re-introducing it to its original homeland. And it’s all thanks to a big chunk of rock named after balls.