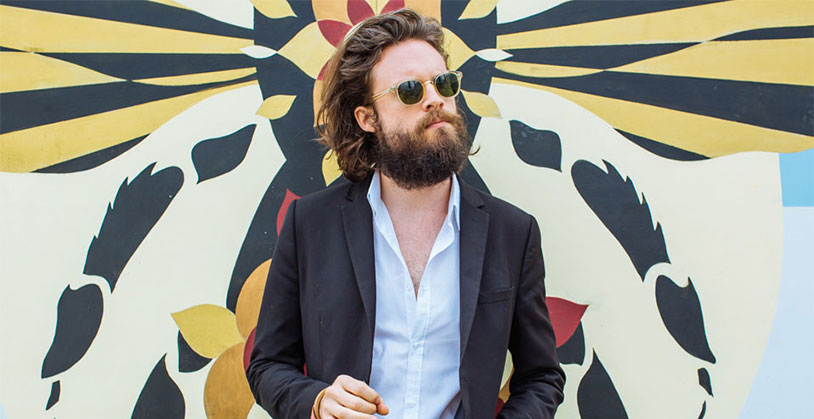 We’re not the biggest Father John Misty fans over here at the Ball Report – his affected Topanga Canyon folk-rock persona kind of grates. But we can’t deny that he’s a talented dude with a lot to say, and when he’s discussing some out of the box ideas involving his balls we need to take notice.

Father John Misty (real name Josh Tillman) sat down to be interviewed by comedian Patton Oswalt for the New York Times in advance of his new record Pure Comedy. The duo spent 90 minutes essentially riffing off each other, but when the subject of Chilean director Alejandro Jodorowsky’s failed adaptation of sci-fi classic Dune came up, things got ballsy.

Tillman: You know Jodorowsky’s whole “psychomagic” thing? He has all these prescriptive rituals for people, and the one for men who are experiencing spiritual impotence is: Paint your balls red. And I’ve done this. Wet paint, underwear, pants, and then just walk around all day knowing your balls are painted red. It’s like a life hack.

Oswalt: Where’s his TED talk? I read he made a special pair of underwear when he was doing “El Topo,” with holes so his balls would dangle and he would be in a weird pain. He goes, “I didn’t want to walk like John Wayne.” I kind of compare him to Mel Gibson — both raving lunatics who also happen to be great filmmakers.

Click over to the New York Times for more of the conversation.