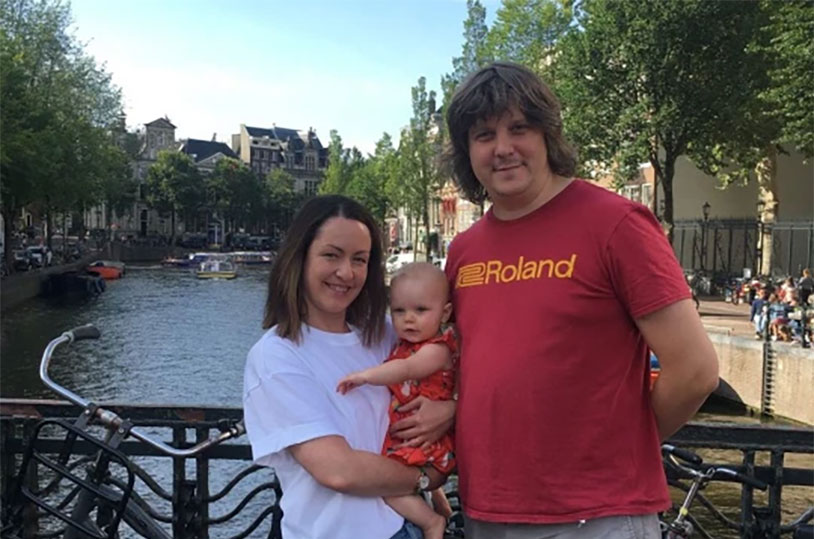 You know our whole business here is getting men in touch with their balls so they can catch testicular cancer early. Detection is key to effective treatment, and outcomes are better the faster people get to the doctor. So when we hear a story like this, when an accidental visit to a charity booth at a music festival saved a man’s life, we have to share it.

John Livingstone was working as a DJ at a festival in his hometown of Colchester when he wandered over to a booth run by the Robin Cancer Trust. One of the props they had was a replica of a man’s scrotum for guys to feel to understand what a lump in the nuts feels like. This early detection tool seems absurd, but it stuck in John’s mind.

A few years later, he was organizing his own festival and invited Robin to have a booth. And he also started checking his own balls on a regular basis, like everybody with balls should. In August of 2017, that proved to be a smart move, as he discovered two pea-sized lumps in his scrotum. He immediately headed to the doctor, where he was diagnosed with testicular cancer and scheduled for surgery. His left gonad was removed and replaced with a silicone prosthetic.

“It was thanks to the Robin Cancer Trust that I was diagnosed so early, I dread to think what the outcome might have been if I hadn’t spotted their table at that local music festival. It could have been so much worse,” he said. The surgery didn’t affect his fertility, as a year later John and his wife welcomed their daughter Orla, with a second kid on the way this July.