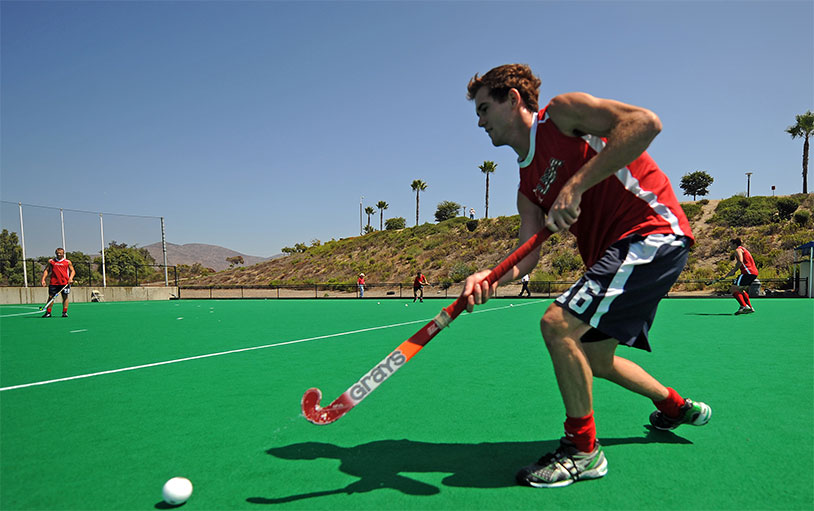 Field hockey isn’t considered one of the world’s most dangerous sports, but it cost one young British man the use of a testicle. This grim tale that comes out of the town of Paisley should be a warning for all the athletes reading out there.

Our man is named Bob Martin, and he’s a player for the Anchor Hockey Club. His team was facing the University of Glasgow when Martin noticed that their defense was undermanned, so he rushed back down the field to cover the goal. Almost immediately after he’d taken position, the opposing team took a shot.

From just four feet away, the rock-hard hockey ball flew right into Martin’s groin. He went down like a sack of potatoes from the pain and was rushed off the field.

“I went to A&E and I could tell by the looks on the doctors and nurses faces that something wasn’t right. They brought a surgeon up from Greenock to do the surgery the day after as they were so worried.

Normally they would have just waited until the Monday, but they were clearly worried that if they didn’t act then it could get worse.

“The pain was absolutely shocking, but it is hard to actually describe.”

Martin’s still not sure whether he will be able to father children after his field hockey injury, but he’s using this pain as impetus to convince other players how important it is to protect their groins.

The Daily Record has the full story, which should be a painful reminder to wear a cup whenever you engage in any sort of athletic activity.