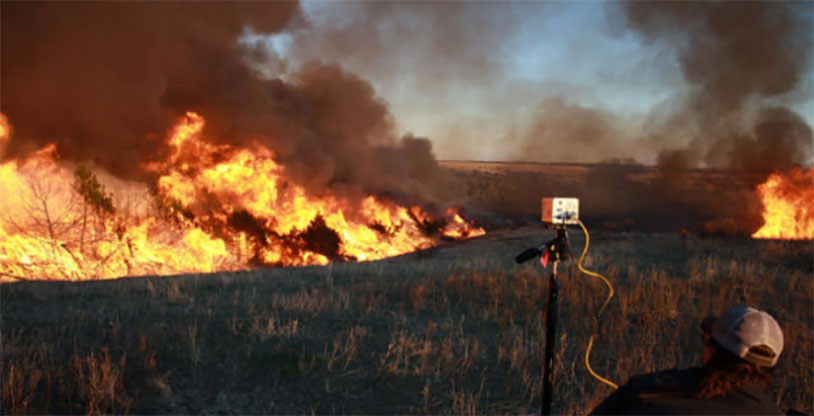 All you have to do is turn on the news to understand that wildfires are posing a clear and present danger to America’s ecosystem. Thousands of acres of forest and grassland are decimated every year from stray sparks. But now one scientist thinks he may have a way to mitigate that damage, and it involves drones that shoot fireballs. So that’s pretty awesome.

University of Nebraska professor Dirac Twidwell deals with the Great Plains every day, and America’s breadbasket is super vulnerable in this hot dry weather. In the latest issue of Frontiers in Ecology and the Environment, Twidwell discusses a program he’s developing in association with the Nebraska Intelligent MoBile Unmanned Systems to mobilize 2 pound drones equipped with “dragon eggs,” incendiary spheres the size of ping-pong balls.

Lab Manager has more on the story, but the basic science is pretty dang cool. The drones can be deployed to areas that are in danger and pre-burn them to stop a larger fire from passing through. Fire is also a necessary force in the plains, as it fuels regrowth by releasing nutrients trapped in other plant life.

This isn’t the first time that drones have been used in fire management – the 2013 California Rim fire saw firefighters use them to monitor the outer reaches of the spread, freeing up helicopter pilots for direct intervention. Using unmanned flying vehicles helps keep responders out of danger as well. We’re excited to see hpw Twidwell’s ideas work in the real world.