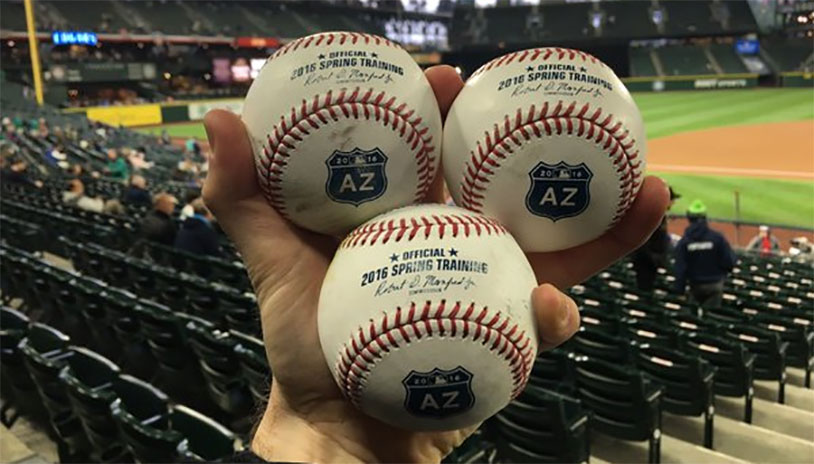 So a few days ago we wrote a piece on Detroit tigers fan Bill Dugan, who snagged an impressive five foul balls in the stands during one game with the Pirates. He proceeded to give each one of them away to a different kid, cementing his position as the awesomest baseball spectator of the week.

Then we met Zack Hample.

Known as the “real foul ball guy,” Zack caught a flabbergasting twenty balls in the stands during Tuesday’s Mariners-Rangers game at Safeco Field. How the hell did this guy chase down so many bad balls in a single game? Chalk it up to a combination of factors.

First and foremost, Hample is a scholar of the game. He’s brought home over 8,000 baseballs from 51 different stadiums, and 20 balls isn’t even close to his all-time record of 36 fouls, set in 2011. And it’s not just fouls he gets his hands on – Hample caught Alex Rodriguez’s 3,000th career hit, as well as two homers in the final week at Yankee Stadium. This is a dude who knows how to get his hands on balls.

Not convinced? Hample also holds the world record for catching a baseball dropped from the highest distance. In 2013, he set up at LeLacheur Park in Lowell, Massachusetts and let a helicopter drop a regulation MLB ball down from 1,050 feet up, which he snagged out of the air with ease. Sorry, Bill. You’re in the big leagues now, and these guys don’t play.

Sports media is having a field day pitting these two guys against each other, and Hample’s talking on Twitter about booking a flight to Detroit so the two foul ball savants can pit their skills against each other in the great American pastime. We can’t wait to see who can take home more foul balls when that glorious day comes.