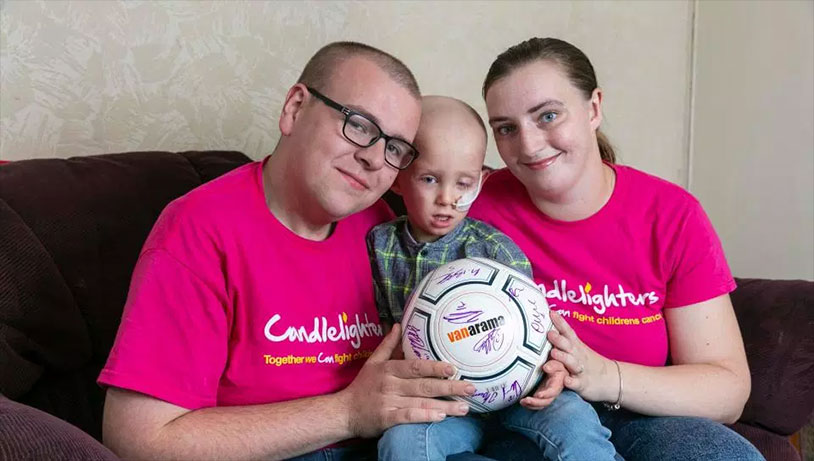 Testicular cancer is a hell of a thing, but one positive aspect is that it typically doesn’t strike until after puberty. But there’s an exception to every rule, and now a young British boy is baffling doctors by developing the disease before he’s even in first grade.

Meet Lucas Hellowell. By pretty much any standard, he’s a normal kid. Happy, friendly and fun. But when his parents were dressing him for a day off school, they noticed a sizable lump in his groin. Lucas had been complaining of a stomach ache, and when coupled with the unusual growth the parents decided to take no risks and immediately called the doctor. After a visit from his physician, the British boyw as taken to Huddersfield Royal Infirmary for further tests.

Once there, the prognosis was given: Lucas had a shocking tumor in his scrotum the size of a golf ball. He was then moved to Leeds General Infirmary for a CT scan and surgery. The growth was successfully removed, but the poor little chap now has to undergo a grueling 22 week course of chemotherapy to ensure that no trace of the cancer remains.

Although testicular tumors in pre-pubescent men is rare, it’s still important to teach your little ones early how to check their sack for unusual growth and report them to a doctor or a parent.