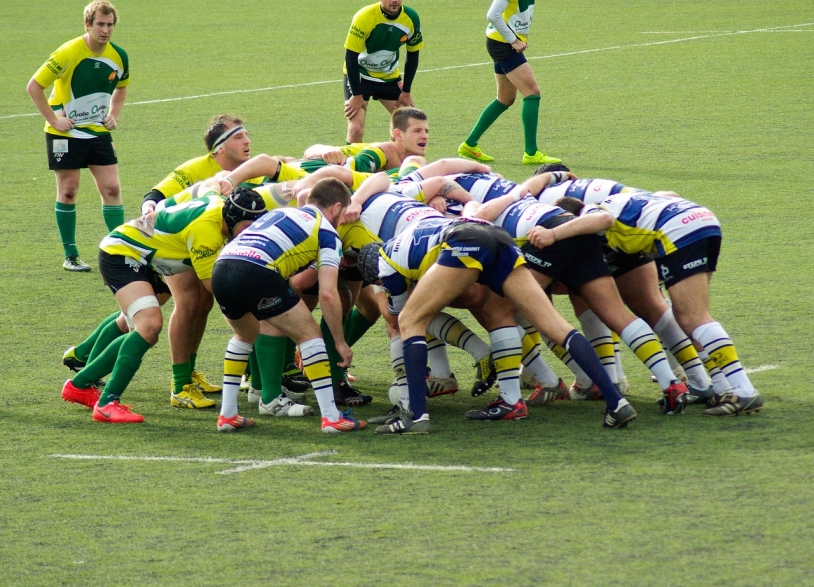 We won’t pretend to be experts in the finer points of rugby rules. If a mainstream US channel has ever broadcast a modern rugby match, we didn’t know about it, having been much more interested in basketball, football, baseball, hockey, the Little League World Series, tennis, golf, volleyball, the Olympics, the X Games, strongman competitions, outdoorsman competitions, swimming, track and field, boxing, horse racing, dog racing, cricket, well you get the idea. Apparently, though, one of the principle rules of rugby is that you should not spend a lot of time grabbing your opponent’s balls. The punishment can be severe. According to Sportal NZ,

Glasgow’s Ryan Wilson has avoided a ban after the EPCR said there was not enough evidence to say he grabbed the testicles of an opponent.

The citing complaint made against Glasgow Warriors’ Ryan Wilson for allegedly grabbing the testicles of Northampton Saints scrum-half Lee Dickson has been dismissed.

Scotland international Wilson was facing the prospect of a hefty ban having been cited in the aftermath of Warriors’ 19-15 defeat to Saints in the European Champions Cup on Sunday.

The low end punishment for such an offence is 12 weeks, but an independent judicial officer ruled there was not enough evidence against Wilson.

The BBC reports that the official judicial officer left no stone unturned in the search of evidence of Dickson’s testicles having been grabbed, smacked and/or handled:

There were lawyers involved in this thing! Talk about a scrum! (That’s the one rugby word we know).

After all was said and done, it’s hard to determine who was really more traumatized by this thing — the guy accused of grabbing Dickson’s testicles, or Dickson himself. Or Dickson’s testicles! We may never know the truth behind this sordid affair; if only it had happened in the US, we might have gotten a show about it.