Flasher Claims He Was Just Adjusting His Testicles 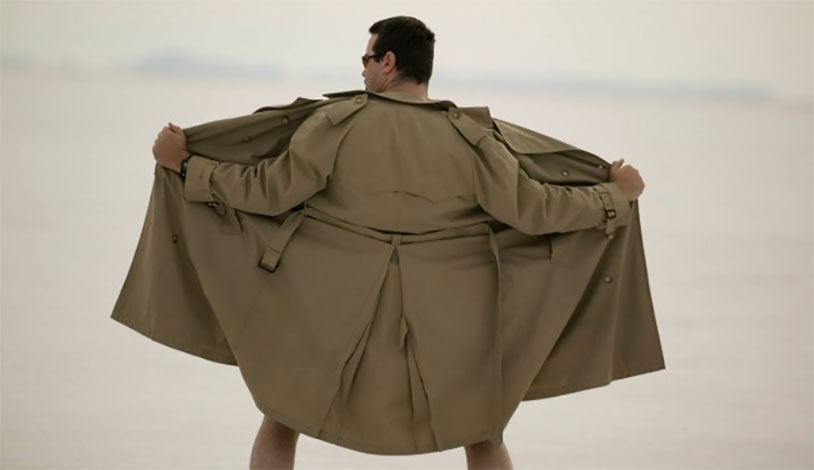 We’re very vocal about our love and appreciation for balls on this site, but that doesn’t mean we support showing them to other people without their consent. A flasher in Wales got picked up by the cops for indecent exposure and tried to use his testicles as an excuse.

The police were called after two groups of female shoppers at clothing store Matalan in Aberystwyth complained to management that a man was pulling down his pants and underwear and exposing his genitals. When they arrived on the scene, they quickly tracked down the alleged flasher, a man named Max Kelly.

However, when police moved to take him in, the 25 year old Kelly reacted with some confusion. He wasn’t a flasher, he said – he was simply trying to adjust his testicles, which due to a medical condition were four times the size of an average man’s. His swollen balls were causing him great discomfort and he had no choice but to whip his equipment out and wrangle it back into place. In full view of multiple young ladies.

Police didn’t really buy the explanation that Kelly suffered from hydrocele, a rare condition in which a fluid-filled sac around the testicle swells up and causes pain. Eyewitnesses say that he was actively jerking his penis around while following the women through the store, and didn’t appear to be in any distress. The Daily Star has more on the incident.

The fact that Kelly flashed not one but two groups of women is a pretty damning indictment, and his indecent exposure trial continues at press time. Dudes, if your scrotum hurts: go to a private place like a bathroom to make any necessary adjustments before going about your day. You don’t want to wind up in jail for fiddling with your balls.