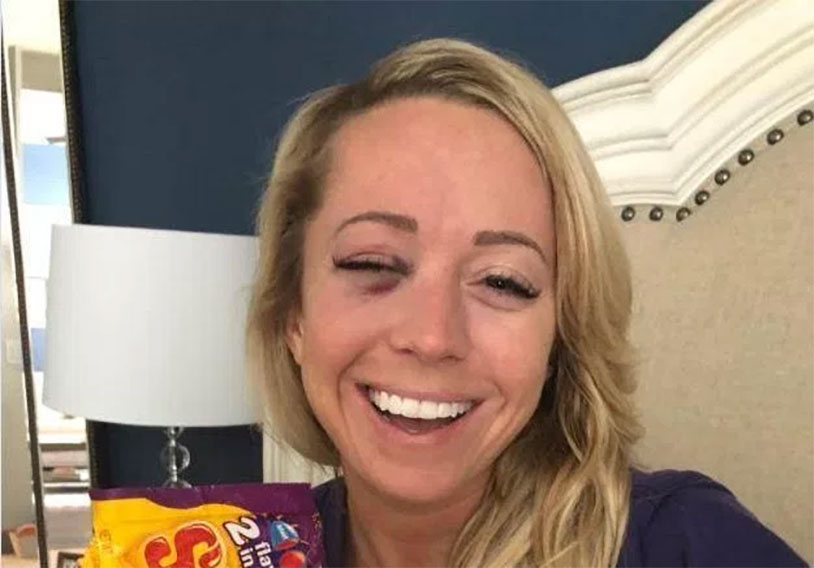 The job of a sideline reporter at a baseball game comes with its share of hazards. You need to be able to move quickly to keep an eye on everything, and without a glove to catch any hits that come your way you’re pretty vulnerable. One poor journalist found that out the hard way when a freak accident rocketed a ball into her face and broke her eye socket.

Kelsey Wingert is the sideline reporter for the Atlanta Braves and she was on the job covering the team’s loss to the Philadelphia Phillies on Friday night. Odubel Herrera dinged a Sam Freeman pitch foul and it went towards the dugout, bouncing off of a railing and flying into the camera well where Wingert was standing. The angle of the deflection was so severe that she had no time to protect herself, and the ball smashed right into her face, fracturing her eye socket.

Wingert was rushed to the hospital where doctors examined the injury and then released. She’s currently recuperating at home and the Braves are adding extra netting around the dugout and press pen to prevent any further accidents of this nature. Foul ball injuries are seemingly becoming more and more common, and the MLB is exploring new ways to prevent them in the future.