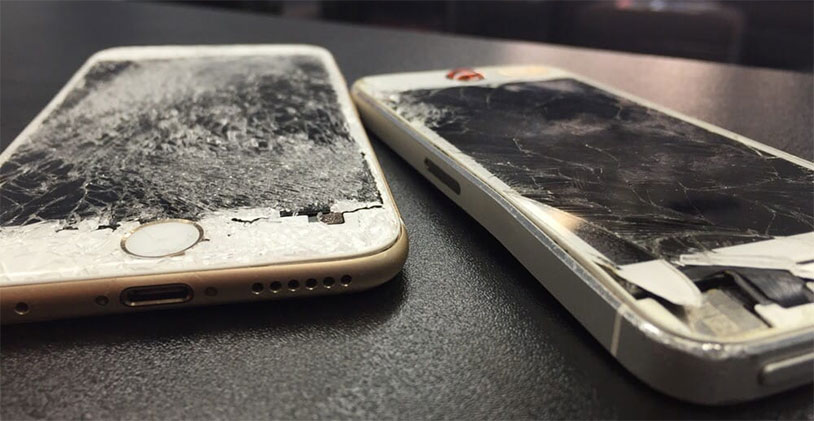 It’s pretty easy to get annoyed with Apple – their recent decision to remove the headphone jack from iPhones is just one in a long series of consumer-insulting choices that have us wondering why we keep buying their stuff. But as mad as the Cupertino computing powerhouse has made us, we’ve never gone so far as to wreck an Apple store, genius bar and all.

So when the Genius Bar told him that they wouldn’t be able to fix his phone for free, he started yelling “this is what happens” and using the metal ball to smash every piece of hardware on the tables. Phones, laptops, iPads – nothing was safe from his righteous anger. Enough time went by before security arrived that he was able to wreck pretty much every display model in the store.

A customer captured his rampage on video – check it out:

We don’t know what happened to the dude after the cameras went off, but he’s for sure going to have to pay for a lot of products.

The Inquirer has the story in English.