Funky Balls Are The New Youth Trend In Vietnam 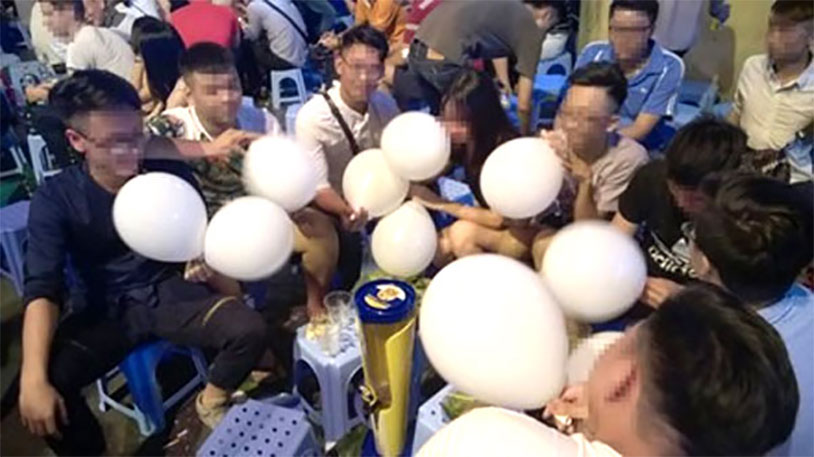 Drug slang has always been hard to keep up with, but when we hear that teenagers in Vietnam are getting whacked out on something called “funky balls,” we need to get over there and cover it. So let’s examine what goes into these orbs of derangement and what we can do about it.

Vietnamnet has the scoop on the funky balls crisis, which is nothing new in the West. Teenagers are filling balloons with nitrous oxide, which is most commonly used as an anesthetic in dental surgery, and rapidly inhaling. Also known as “laughing gas,” nitrous makes you feel immediately light-headed and cheerful. The effects are relatively short-lived, but doctors warn about the potential for brain damage given continued usage.

In Hanoi, fans of the funky balls are getting them a variety of ways. Many bars and nightclubs sell them for very cheap – a little over a dollar for the smallest ones to seven bucks for a huge balloon. You can also get them delivered by placing an order on Facebook.

Unlike other countries, funky balls aren’t illegal in Vietnam. But some people are pushing it as a public health crisis and urging the government to get involved. It’s still in question how long the fad will continue for.