Just Try And Stop Us From Getting This New Penis Injection 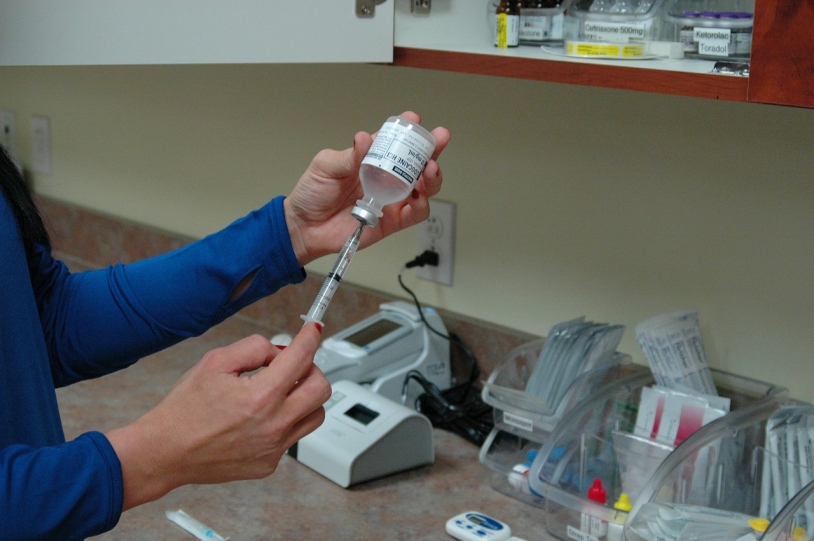 In years gone by, a man who wanted a medical birth control solution and a penis injection would have to undergo two procedures. That inconvenience, we are thrilled to tell you, is a thing of the past. Well, in 2018 or so, anyway.

Vasalgel, an injectable treatment that works to prevent pregnancy by blocking sperm from exiting the penis, has reportedly passed a trial in rabbits, according to ScienceAlert. This is great news for women who want to have sex with rabbits. Just kidding. It’s good news for everyone who hates condoms. Including rabbits, maybe!

Developed by US-based not-for-profit company, the Parsemus Foundation, Vasalgel works by blocking the tube sperm travels down – the vas deferens – with a flexible, spongy, hydrogel material. That means all the important fluids can still get through, but larger objects, like sperm, can’t, which prevents pregnancy.

Injecting Vasalgel into the vas deferens is pretty quick and easy, and the latest animal trials suggest that the contraceptive is longer-lasting than the developers had been expecting.

“Results from our study in rabbits were even better than expected,” said trial leader Donald Waller, a pharmacologist at the University of Illinois at Chicago. “Vasalgel produces a very rapid contraceptive effect which lasted throughout the study due to its unique hydrogel properties. These features are important considerations for a contraceptive product to be used in humans.”

Another important consideration for a contraceptive product to be used in humans would be not having to shove a big needle into the penis, but you can’t win ’em all. And really, with all of the developments in the realm of birth control for women, be it IUDs, the pill, or inserts under the skin, it’s probably time that men took one for the team. Plus, because of the fact that Vasalgel physically obstructs sperm as opposed to counteracting it hormonally, there shouldn’t be any emotional side effects.

Except for getting mad about there being some weird glue in your penis. But other than that though…