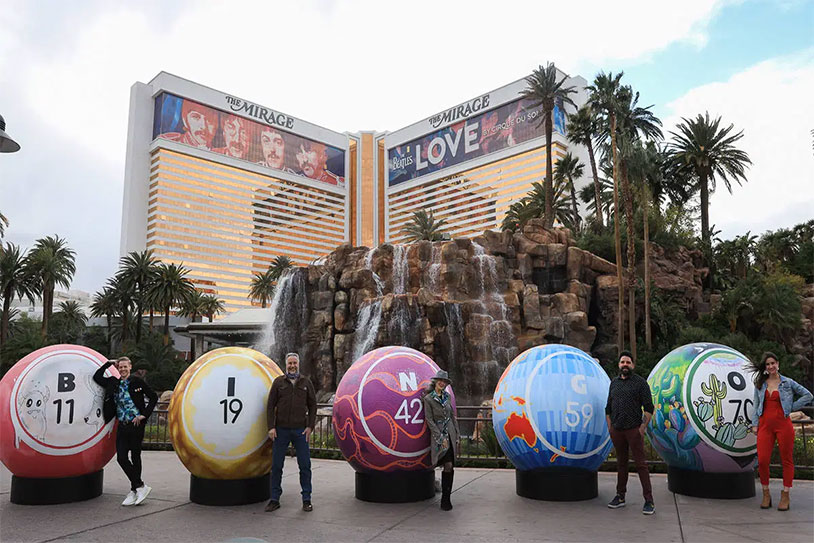 When it comes to the myriad methods of gambling available in Sin City, bingo isn’t typically at the top of anyone’s list. But there are multiple places to play the game in Vegas, including at the Plaza Hotel on the Strip. And now a mobile phone app has placed a set of giant bingo balls on that storied boulevard.

Commissioning artists Ryan Brunty, Jerry Misko, Nancy Good, Miguel Rodriguez and Mary Felker to paint a bingo ball each, the team at Play Studios behind the myVegas Bingo app decided to put a little budget towards public art. Each of the balls possesses its own unique style and weighs in at over 200 pounds. They were placed at a variety of MGM Resorts International properties on the Strip, including the volcano at the Mirage, the Excalibur lobby and the bridge at New York, New York. They will be on display for an undetermined period of time.

The app itself is branded with some of the most iconic casinos and resorts in Las Vegas, including the MGM Grand, Bellagio, and Excalibur. You can download it now on the Apple App Store or the Google Play Store.