Golden Balls In London Could Win You Free Pizza 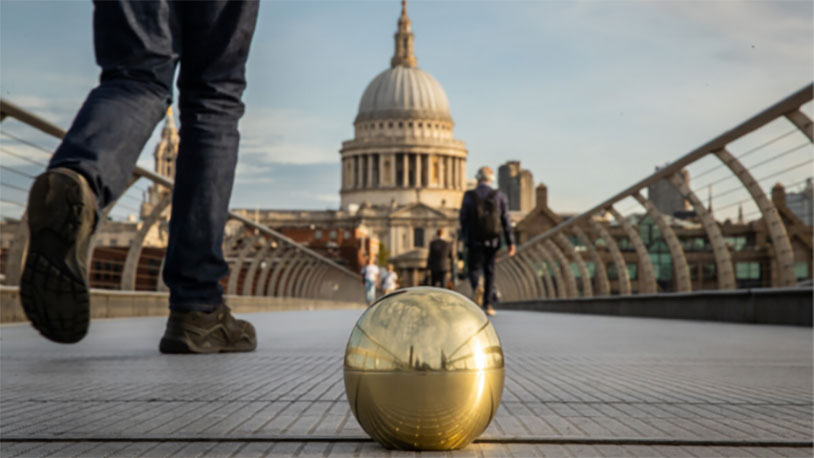 Do you like pizza? Sure, what kind of monster doesn’t like pizza? If you live in London and keep your eyes out for some golden balls, you could be taking home a serious amount of free pizza.

The promotion comes courtesy of chain Pizza Express, which is celebrating its 55th anniversary this weekend. To give back to their devoted customers, they’ve secreted 55 individual golden orbs all around London. Some are out on the street in public view, while others will be packed into delivery orders from the Deliveroo service to Cardiff and Plymouth, and eight are even in packages of frozen pizza dough that the chain sells at supermarkets.

Each ball has a QR code inside it, so it can only be claimed once but you get to keep it as a memento. Once that code’s scanned, though, the lucky bearer can cash it in for £1,000 worth of food from the eatery. You can’t use it for online orders, though, which seems a little strange. The gift card is good for two years after you claim it, and a thousand quid can add up to a hell of a lot of pizza.

If you’re looking to join the hunt, Pizza Express is dropping clues through its Instagram account. The promotion is scheduled to run until March 27.