What’s inside a golf ball? For some people, it’s money. For others, untimely death. For animals, honestly, who the hell knows? Those things are dumb and wildly unpredictable.

More literally, though, it’s a bunch of science crap that nobody understands. Golf ball innards are, we’re guessing, some kind of polymer or something? Hell, we don’t know; we can hardly play the game, much less analyze it. Maybe there’s just a bunch of smaller golf balls in there, all the way down to Ant-Man size—an infinite series of things that won’t go in the damn hole no matter what we yell at it.

Well, lucky for us there’s the What’s Inside channel, which—stop us if you’ve heard this one before—is a ridiculously simple and frankly, dumb idea with millions of dedicated fans on YouTube. We’ve basically given away the results with the picture above (there’s some colors in there, and they’re sometimes different), so here’s an action shot for the fully immersive What’s Inside experience: 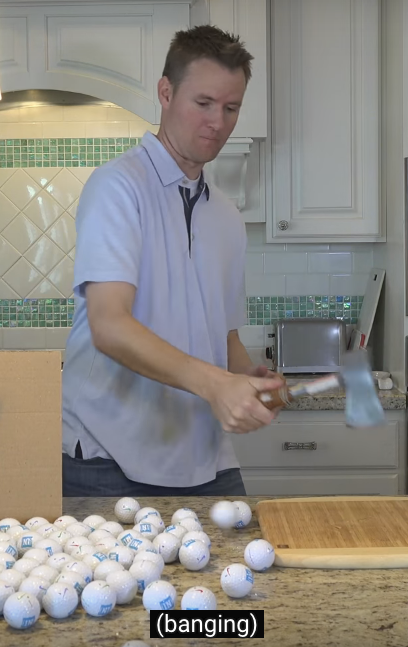