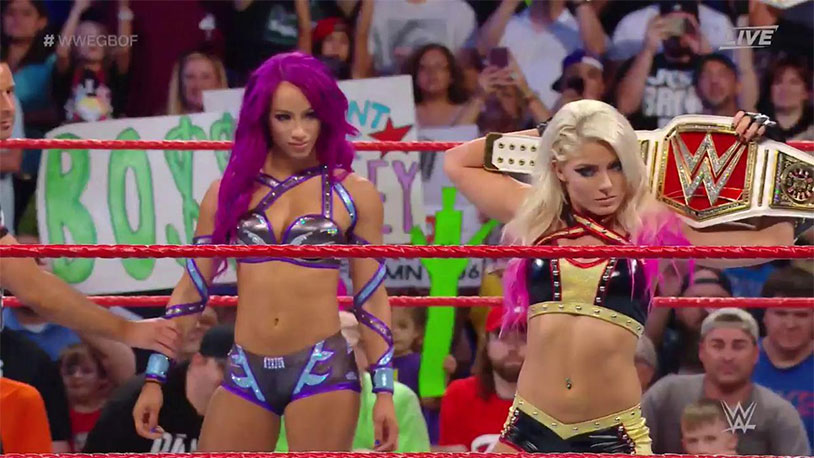 We close out our balls-focused WWE weekend with our Great Balls Of Fire recap, running down the show and seeing how well we did on our predictions.

We had Neville retaining his title here, and the match was a fun, competitive affair that saw Tozawa land his beefy top rope senton, only to go down to a few kicks to the nether regions. We’d expect a rematch in the future. Predictions: 1/1.

We had Rollins winning this, but Wyatt took it with a thumb to the eye and a Sister Abigail. It’s kind of ridiculous that a bloviating promo guy like Bray who sells himself as a God on Earth has to cheat to win matches, but that’s just the world we live in. No idea where this feud goes from here, but it won’t be good for either man. Predictions: 1/2.

The right thing happened here: Cass threw Enzo around like a sack of potatoes after he cut another impassioned promo. The split has made Amore a bigger star than ever, but it remains to be seen what they’ll do with Cass, who isn’t that great on his own. Predictions: 2/3.

Well-worked Iron Man match that saw both teams using what God gave them – the Bar’s physical power and ruthlessness against the Hardyz never say die attitude. The closing sprint was super nice, as the Hardyz desperately struggled to tie it up to no avail. Predictions: 3/4.

We had Bliss winning this, but losing by intentional countout doesn’t strip her of the title so it’s basically the same thing. A fun match – these two always get a lot of aggression out on each other, and the double-jointed arm spot by Bliss was nasty and fun. Predictions: 3/5.

No surprises here, as everything that we predicted would happen did. Interference by Bo Dallas and Curtis Axel won the Miz the match. It’s time for all involved parties to move on and feud with other people. Predictions: 4/6.

We had Roman coming out on top, and his brutal post-match assault kept him looking strong, but Braun Strowman won the match after allowing Reigns to basically lawn dart himself into the back of the ambulance. The Monster among Men is off to better things, one hopes, but we wouldn’t be surprised to see a three-way for the title at SummerSlam. Predictions: 4/7.

Probably the most competitive match Lesnar has had in quite some time, he made Joe look like a legitimate threat who had a real chance of taking the belt. Here’s hoping they keep building his character from here and include him in the main event scene going forward. Predictions: 5/7.

A pretty solid show from an in-ring perspective, with some disappointing finishes intended to build hype for the next big show. What did you think?