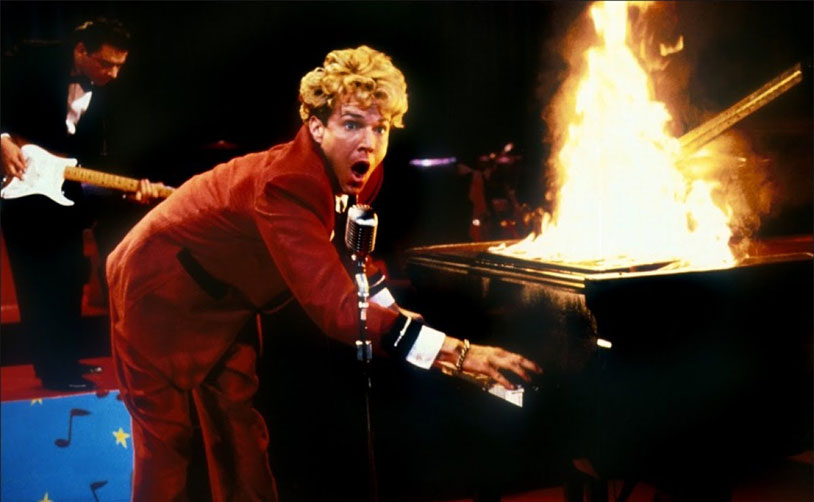 1989 biopic Great Balls Of Fire! hit Blu-Ray this week, so we decided it would be a good time to revisit this entertaining and controversial flick. Dennis Quaid stars as rock & roll pioneer Jerry Lee Lewis, a piano-banging farmer’s son who brought a manic energy to the stage and recorded for Sun Records throughout the 50s and 60s. His career was derailed after a British newspaper reporter discovered that he’d married his underage cousin when she was only thirteen.

Winona Ryder had an early star turn as the cousin, Myrna Gale Brown, and Great Balls Of Fire also featured standout performances from Alec Baldwin as Lewis’s televangelist relative Jimmy Swaggart and several 80s alternative rock stars like Mojo Nixon and John Doe. It was met with lukewarm reviews from critics at the time who panned its screenplay but the performances are a delight. Quaid especially manages to capture Lewis’s manic, out of control piano style.

Early reviews of the Blu-Ray indicate that it doesn’t contain much in the way of bonus features but the film transfer is exceptional, really bringing out the intense colors of Affonso Beato’s cinematography. Definitely worth taking a look at.

Pick up your Great Balls Of Fire Blu-Ray on Amazon.com.