Grieving Dog Owner Leaves Basket Of Balls Out In Memoriam

Is there anything that dogs love more than balls? We doubt it. So when Murphy the black lab passed away, his owner decided to honor his memory by giving back to the community. The dog community, that is, with a basket of balls.

Black labs love to fetch. They’re genetically predisposed to running after a flying object, grabbing it and bringing it back to their masters. The dogs will do it all day if you let them – and even if you don’t.

One park visitor in Barnsley spotted something unusual last week – a basket overflowing with tennis balls, many lovingly chewed, accompanied by a sign. On the sign was a picture of a cheerful looking dog named Murphy, with the caption “A present from Murphy. My brave little labby who passed away 7 April 2016. So for all those ball loving dogs please enjoy as much as Murphy did”. 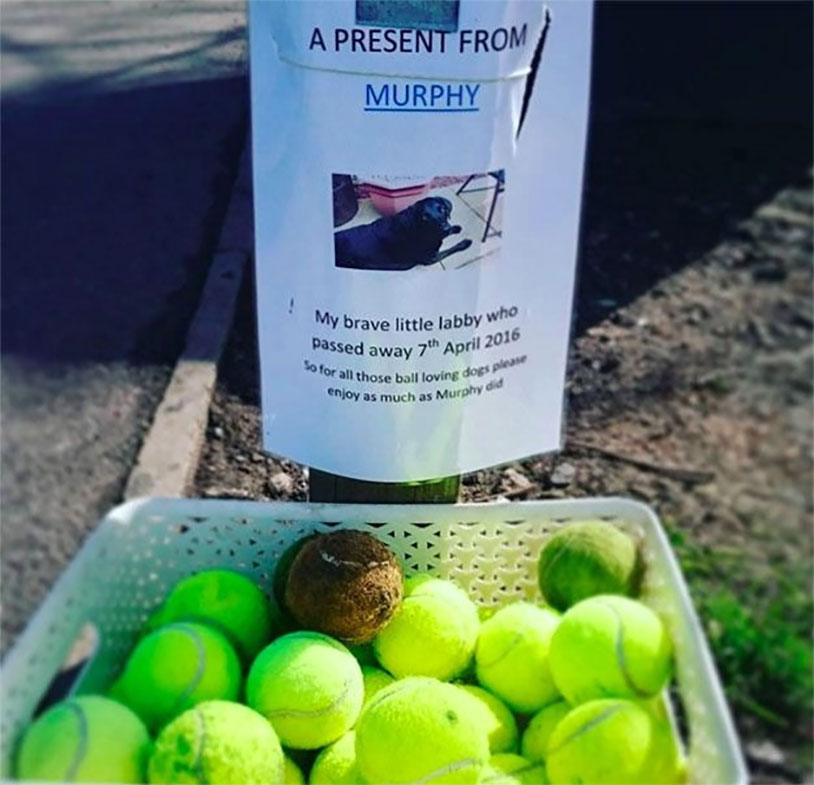 The finder sent the image to BBC’s Radio Sheffield Facebook page, and a rollicking discussion helped to identify Murphy’s owner – a woman named Susan Barnes. Her son Gareth posted in the comments to weigh in on Murphy, telling the world “The little tyke taught me a lot growing up and I miss him dearly.”

Big ups to Murphy, frolicking in dog heaven, and big ups to Mrs. Barnes. Here’s hoping you can fill that black Lab-shaped hole in your heart with another awesome dog. Thanks for the balls.