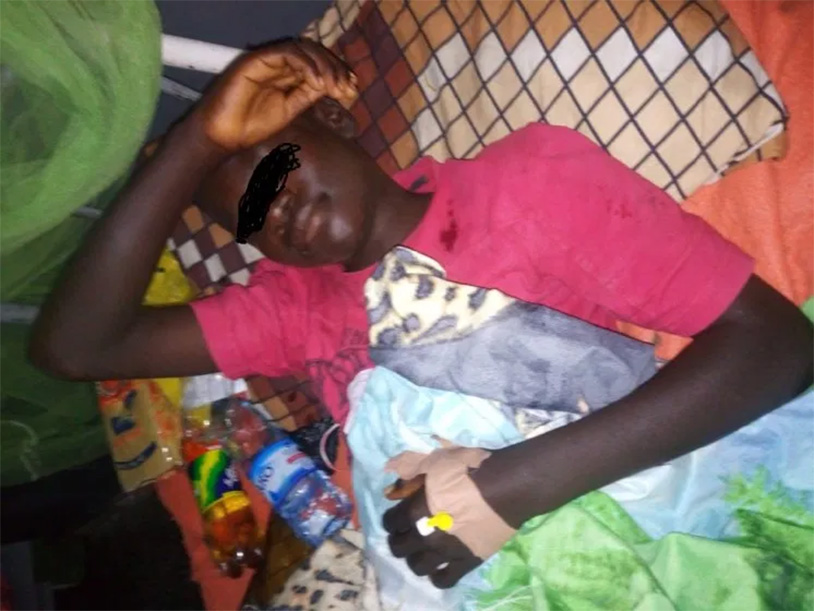 There are plenty of terrible things that can happen to one’s scrotum, but getting it caught in a grinding machine might be the worst we’ve heard this year. Let’s head to the northern Nigeria state of Bauchi for a story that has us wincing.

Our protagonist is named Bashir Salisu, and in addition to his schoolwork he had a part-time job as an apprentice in a grain grinding business in the Muda Lawi market. While working on October 18, Salisu’s pants leg became entangled in the moving belt of the grinding machine that ferries the grain. The torque that the belt applied to his trousers was so intense that it instantly severed both of his testicles and caused damage to his penis.

He was immediately rushed to the hospital, where his injury was stabilized. Doctors were unable to reattach either of his testicles, but the injury to his penis proved to be primarily superficial. They are now working on a treatment program to help Salisu psychologically adjust to his new state of being.

He will eventually be fitted with an artificial plastic scrotum so he at least feels complete down there. The family is now appealing to the government for aid in paying his medical bills and helping him find a new career.