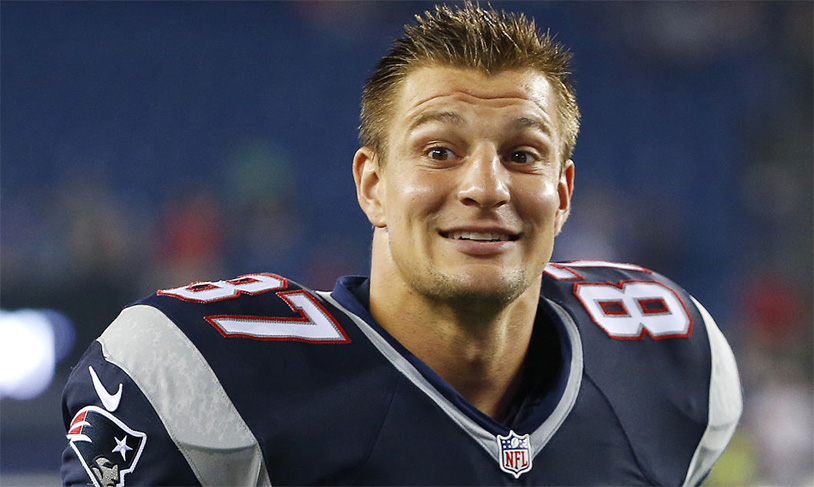 New England Patriots tight end Rob Gronkowski is one of the biggest names in the sport right now, an affable behemoth who celebrated his 69th career touchdown on Sunday against the New Orleans Saints. Gronk has been proving his worth to the team since his first year, when he broke the single-season record for touchdowns by a tight end with 17. He’s got great synergy with the rest of his offense, incredible physical gifts and a real mind for the game.

Against the Saints, the Patriots rebounded from their loss last week to dominate one of the NFL’s best teams 36-20. During the game, Gronk snatched a Tom Brady pass and ran for a 54 yard touchdown, numbly outrunning one defender and literally stepping over the body of another on his way to the end zone. It was a fantastic football performance that really illustrated why this young man has such a future in the game.

Unfortunately, the game against the Saints also came with a cost. In the third quarter, Gronkowski was tackled by Vonn Bell and Marcus Williams with 3:13 left. He got up under his own power, but rapidly left the field. He was in the sideline medical tent for about ten minutes before coming back to the sideline. Dwayne Allen took his place on the field.

According to NBC Sports, Gronk says he’s “all good” after the injury, but that’s not an official report from the team’s doctor. We’ll wait to see if the Patriots will go without his help next week.