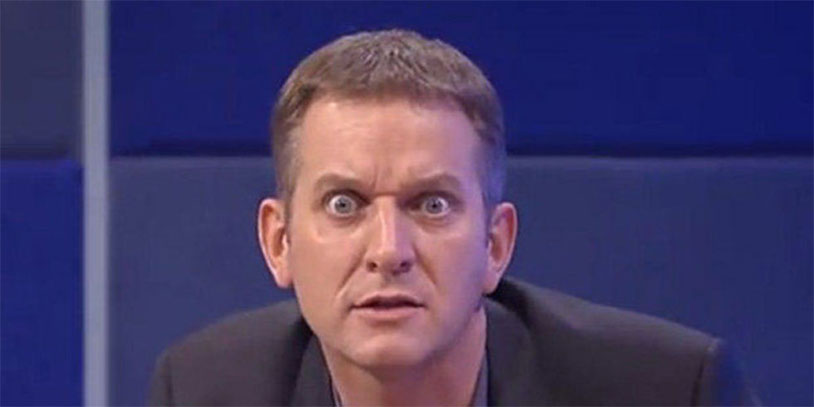 British TV is wild, man. Jeremy Kyle hosts The Jeremy Kyle Show on ITV, a free-ranging program probably closest to Dr. Phil or Jerry Springer on this side of the pond. This brings him into contact with a wide range of colorful characters, but even he was shocked when a recent guest complimented his one testicle and offered to have sex with him backstage.

Kyle, who got his start in the radio, was diagnosed with testicular cancer in 2012 and took a break from his show to udnergo chemotherapy and have one of his balls removed. He’s currently in the clear, but was very public about his struggle with the disease. He just didn’t expect it to come back on a program about domestic disputes.

The woman’s name was Teresa, and she was on the show to get revenge on her ex-boyfriend Doug, who she accused of having a “little willy” and “70-year-old man balls.” Ouch. She then claimed to have been thinking about a hunky security guard when she and Doug had sex, which led to her propositioning Jeremy Kyle for a quickie backstage, saying that he had more in one ball than Doug had in two.

It was quite the moment for Kyle, but thankfully the rest of the show proceeded without incident.