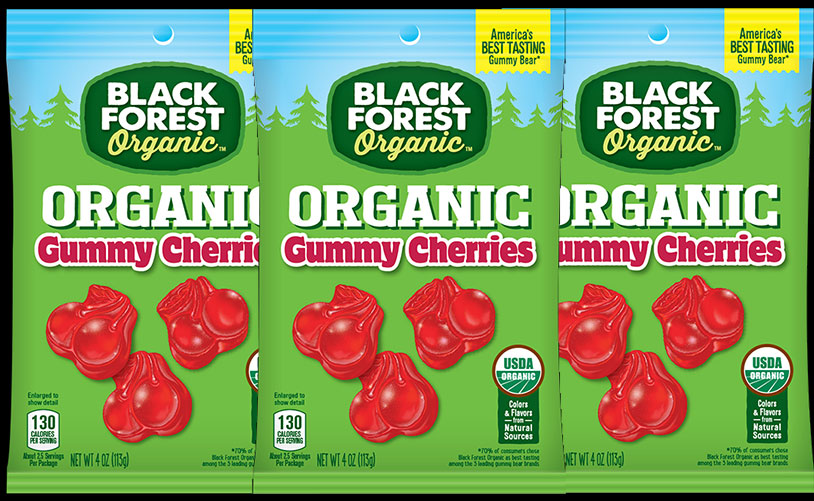 Is there anything more satisfying than a good gummy candy? The combination of stickiness, stretchiness and sweetness is a miraculous thing, and from bears to worms to whatever other shape they’re made in, we can’t stop eating them. However, these cherries from Black Forest Organic are getting some attention not because of their taste (which is good), but their shape.

The thing with gummi fruit is that it’s sort of an abstraction of the real thing. You want to create a design that communicates to the viewer without being too complicated. For cherries, think about how they look in Pac-Man – it’s always two of them connected by a V-shaped stem, sometimes with a leaf coming off of it. That’s the approved shorthand for cherries.

So these gummy cherries, obviously, are trying for that. But because of the limitations of Black Forest Organic’s production process, the two spheres of the fruit are set into a backing piece. And when you put it all together, it looks a lot like a pair of testicles in a ballsack.

One finds it hard to believe that the staff at Black Forest didn’t notice this problem, which is made even worse by the drawing on the package. Instead of downplaying the candy’s testicular resemblance, it plays it up. We have to think that this might be on purpose, that some marketing genius feels like there’s a market out there for gummy candy that looks like balls. They seem to be selling pretty well, so that might work.

We first read about these at the Philly Voice.