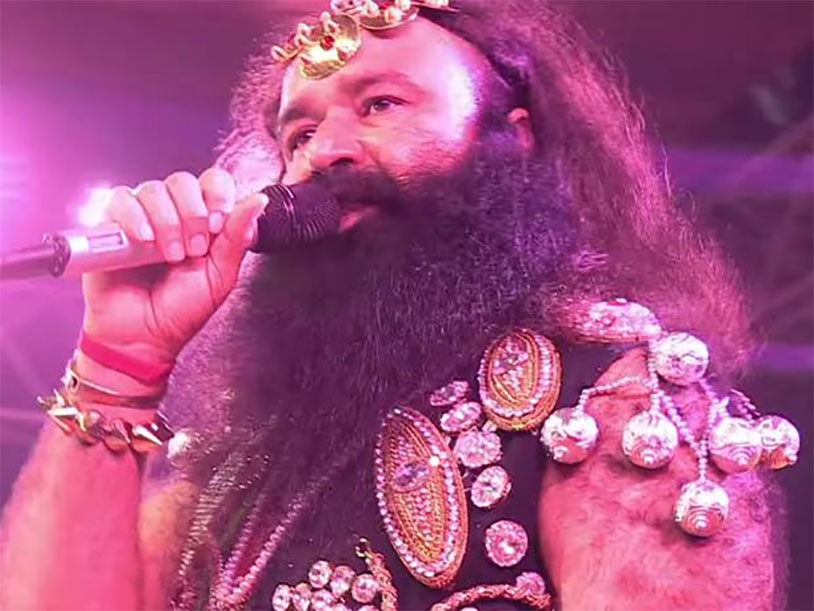 People will do all sorts of crazy things if they think it’ll reward them after they die. But cutting off your testicles? One guru in India sold that bill of goods to a staggering 400 people, say investigators.

Meet Gurmeet Ram Rahim Singh. From the outside, he seems like a pretty cool dude. His Dera Sacha Sauda organization has done a lot of good in India with programs like disaster relief, helping sex workers find other employment, blood drives and keeping public areas clean. The group boasts 50,000,000 followers, so it’s not some weird niche thing.

In addition, Singh is a major pop culture figure in India. He’s released six albums in the last two years, and his first feature film MSG: The Messenger Of God is scheduled to hit theaters this year. No, we don’t think it’s about the secret ingredient in cheap Chinese food, but we could be wrong. His net worth is also estimated to be north of $50 million and the DSS website describes him as “The Ultimate Humanitarian.”

But, of course, scratch anything hard enough and you’ll find dirt. In the beginning of 2015, Indian police responded to complaints from former DSS members that Guru Singh had coerced them into removing their testicles, promising that only those who were castrated would be able to “meet God” after they died. Needless to say, Singh is still walking around with his boys intact.

According to a former follower named Hans Raj Chauhan, the ritual castrations began in 2000 and were carried out in a hospital belonging to the DSS. Approximately 400 men have undergone the procedure. In addition, Singh is also embroiled in another legal case involving the 2002 murder of a journalist who was investigating him, so things certainly don’t look good.

Proving that the men were coerced into castration in court, however, may be difficult. Singh has responded to the accusations, stating “Such allegations disturb me, when I am doing good for humanity. Therefore me and my legal advisor are going to move the court challenging the allegations.”