Happy Mondays Singer Blames A Testicle Lump For His Lifestyle 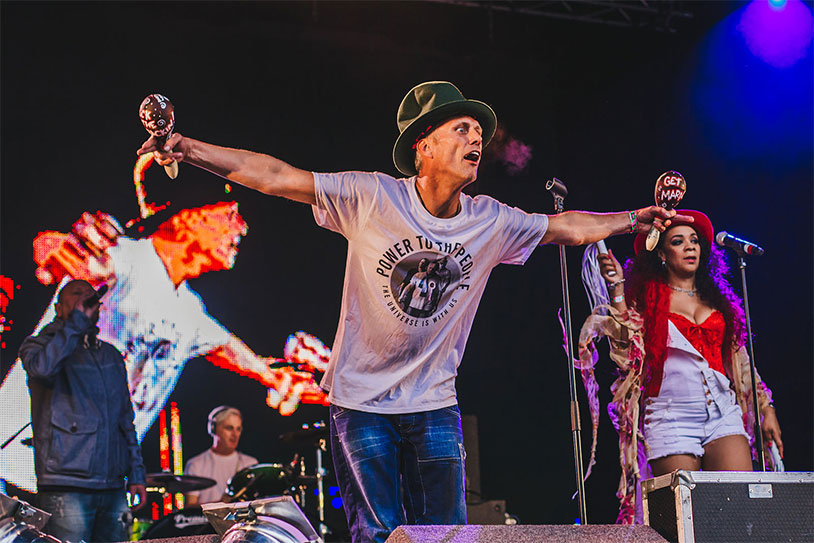 The Happy Mondays were one of the most popular Manchester bands when that scene burst into the forefront in the late 1980s and early 1990s. But they’re almost better remembered for lead singer Shaun Ryder’s lifestyle of debauchery than their hits like “Step On.”

Ryder struggled with substance abuse for some time, and claims to have kicked the drug through frenetic bicycling – whenever he felt like having a hit, he’d hop onto his bike and ride from 8am to 11pm. However, that affection for exercise doesn’t seem to have stayed with the Happy Mondays singer, as a recent appearance on new reality show 100 Years Younger.

The program takes B-list British celebs who have seen their lifestyles catch up with them and packs them off to a longevity clinic in Sardinia to help them look and feel younger. Ryder recieved a snail slime facial and other treatments, but when the doctors recommended he get back into fitness he demurred, claiming that a “pea sized lump” in one of his testicles made it too painful to work out.

As regular readers of the Ball Report know, those gonad lumps aren’t anything to overlook. Ryder’s pain might be the first signs of a testicular tumor, and hopefully he heads to his doctor in a hurry to get it checked out.