Have You Heard Of The LEGO Great Ball Contraption? 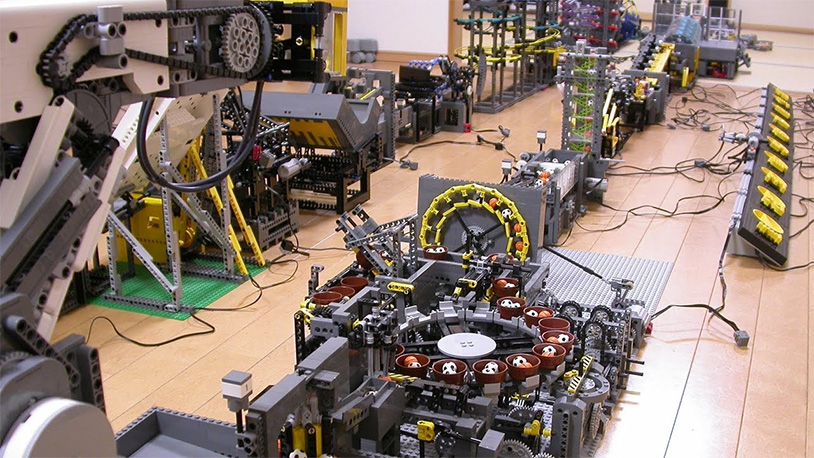 The culture around LEGO is one of the most intense in the toy world. The Danish building blocks come in all shapes and sizes, and the truly skilled can build all kinds of fantastic devices with it. One of the most interesting is a thing called the Great Ball Contraption, which is a long-running challenge of engineering innovation in the Rube Goldberg mode. The concept is deceptively simple: transport a LEGO soccer ball from one place to another, ideally passing them along to another segment of the Contraption built by somebody else.

These massive machines, which exploit some of the many special pieces and motorized attachments that LEGO has introduced over the years, often tour the globe as part of traveling exhibitions. In honor of the holiday season, one notable builder has created a Christmas-themed module that traverses a ball up a candy-striped center rod and then down a spiraling green Christmas tree.

The contraption, by RJ BrickBuilds, looks like a ton of fun and not that hard to construct. The Great Ball Contraption continues to grow year after year, with LEGO enthusiasts creating new components to add to it. What will they think of next?