Heading A Soccer Ball Is More Dangerous For Women 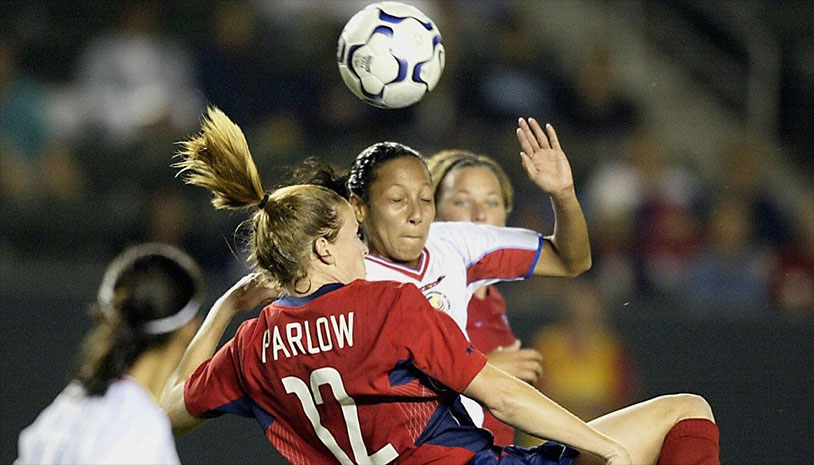 The differences between men and women are hotly contested in the modern world, and while we’re strongly on board with the idea that the fairer sex can do anything and everything we can, there are certainly some base biologies that need to be taken into account, especially in sports. A recent study from the world of soccer paints a pretty stark picture as to how heading can be significantly worse for women than men.

Many youth leagues have already banned heading, due to the as yet explored relationship between impact and concussions. American football is in the midst of some pretty heavy CTE panic. And this study from Albert Einstein College of Medicine should be a stark wakeup call for female soccer players.

With a sample group of 98 soccer players, scans revealed that regions of damaged matter in the brain were five times more extensive in the women. That’s a pretty intense difference, and it can explain a lot about the career lifespan of distaff players.

A depressing example is the career of Cindy Parlow, which was cut short due to concussion. The World Cup champion and Olympic gold medalist had to leave the pitch after suffering a miniature stroke in her 20s.