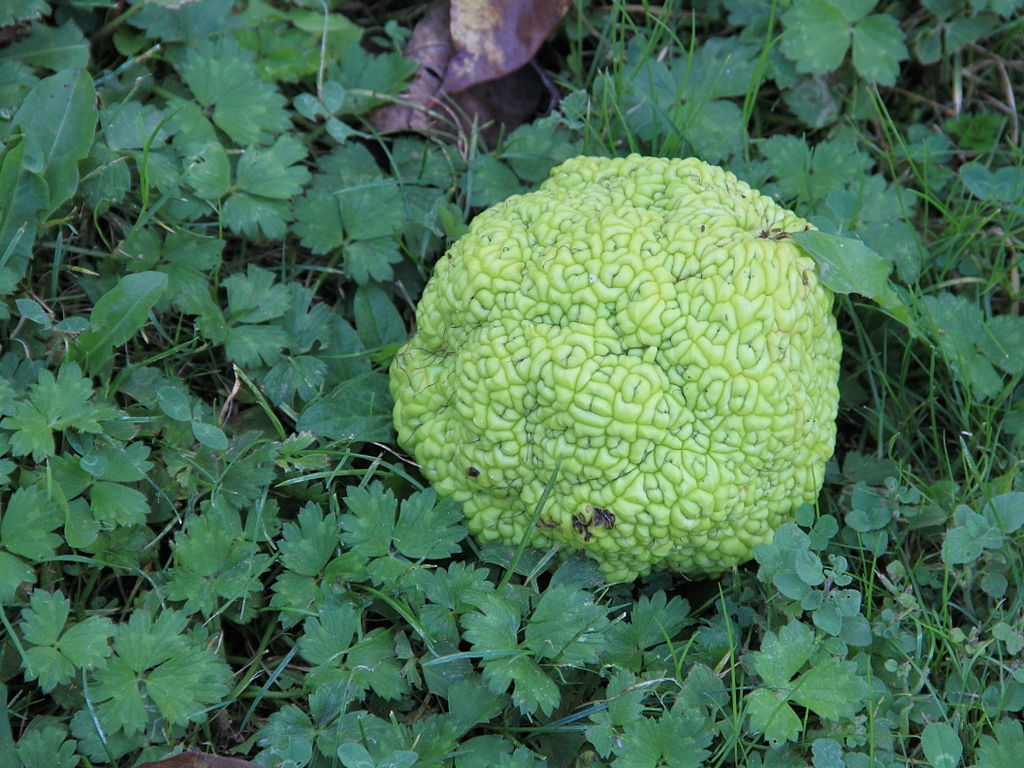 It takes a lot of work to produce the corn that ends up in your produce section, your breakfast cereal, and even your gas. It’s a persnickety crop, preferring warm, moist soil, and declining quickly in quality when its optimal harvest time is not catered to. But the U.S. is determined to produce a robust crop of corn every year, making it the most highly-subsidized agricultural product in the country for a long time running.

Still, this delicate balance is not the easiest thing in the world to maintain; there must be constant temptations for corn farmers to branch out into more cooperative and profitable endeavors. That’s especially true when a fancy pants chemist comes calling to buy the junk—hedge balls, horse apples, monkey brains, whatever you want to call them—around the corn for nearly $200 a ton. It sounds to good to be true, or at the very least it resembles an especially work-intensive scam. According to NPR, however, the buyer says he’s legit:

“When [Todd, the chemist] Johnson investigated his uncle’s story, he found research suggesting that the seeds of the hedge fruit may have some anti-inflammatory properties. He’s devised a way to extract the seeds and is pressing them to make a pricy cosmetic oil called pomifera. It’s currently in vogue with makeup artists in New York City and selling for $85 per half ounce. So Johnson is paying $180 a ton for hedge balls. Because the fruit has long been considered useless, Gene Duis, who runs the local grain elevator, at first thought all this was a joke. He usually thinks in bushels.”

According to Duis, corn gets about $120/ton. Hypothetically, farmers who stopped producing corn altogether in favor of the hedge balls scheme would increase revenue by 50%. Of course, there are no subsidies for pomifera, and the cosmetic industry does not have the consistent track record of, say, the American diet. Still, many farmers will surely find the offer too rich to ignore for long. Hedge balls are just nuisances, after all.

“You tripped over them, and then they got mushy (laughter). And they were just another job – pick up the hedge apples around the barn lot. And you really didn’t want the cattle to eat them and choke on them.”