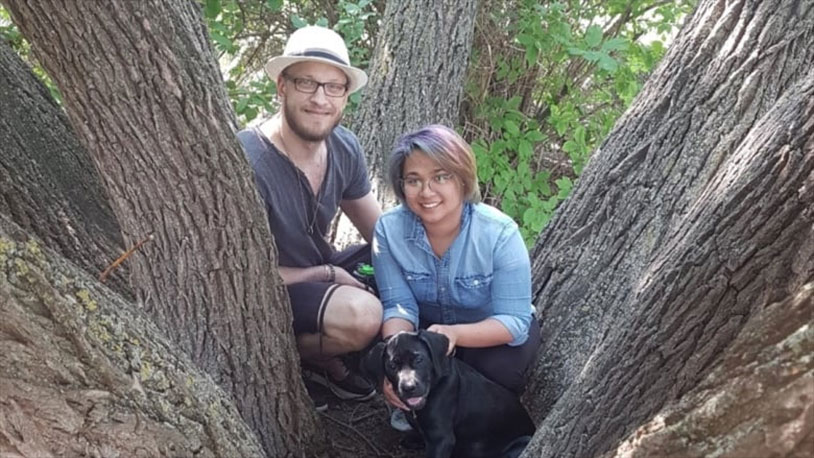 It’s been a fascinating month of unsual cancer stories here – we posted last week about a guy who had testicular cancer develop in his brain, and now we have a story of a rare testicular cancer that can be fought, but not without your help.

Edmonton man Davis Falniuk had just finished a 5 kilometer race last year when he noticed some unusual pain in his back. This was different from any post-run feelings he’d experienced before, so he took advantage of Canada’s universal health care and made an appointment to check it out, thinking it was probably a pinched nerve. But after several appointments with doctors and chiropractors, he was no closer to getting to the bottom of it.

And then he started coughing up blood. One trip to the hospital later and the problem was finally identified: Falniuk had a rare testicular cancer – the 0.1 per cent of testicular cancer cases for whom standard treatments don’t work. That’s obviously not good, and after chemotherapy and radiation didn’t decrease the mass, Falniuk and his wife started looking into other options.

Right now their best hope is an experimental immunotherapy treatment that will run them $75,000. Obviously they’re not in the financial state that would let them pull that out of the couch cushions, so they’re turning to the community for help.