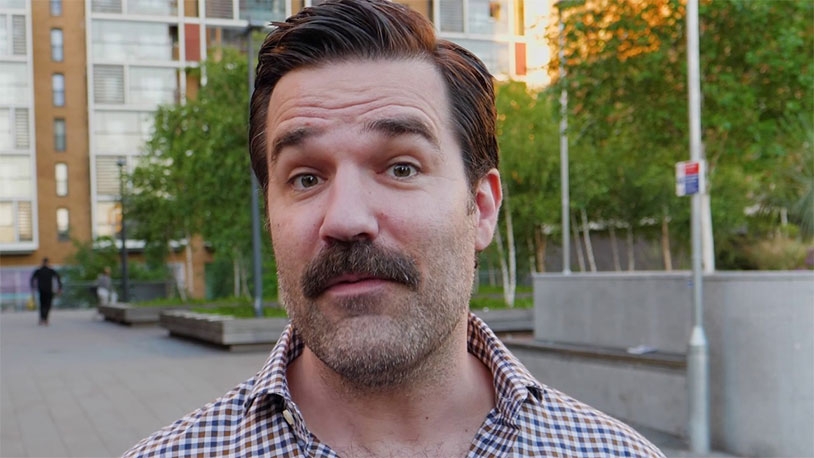 If you’re not on board the Rob Delaney train, you’re missing out on one of modern comedy’s most authentic and hilarious voices. Delaney is probably best known for getting his start on Twitter, where he mastered the abrupt social media’s strict character count to deliver pithy, often filthy musings about modern life. He spun that into a successful standup career and then a gig co-writing and co-starring in the incredibly great British comedy series Catastrophe.

But even with TV success under his belt, Rob hasn’t let his love of stand-up lapse. He recently hosted an evening of comedy at London’s Electric Ballroom that’s set to air both in the UK and here as part of the Stand-Up Central series, and Comedy Central just dropped a pretty amusing clip where the comedian remembers his dead uncle and the ballsack-related pranks he used to play on him.

Learn more about the show at Comedy Central UK.