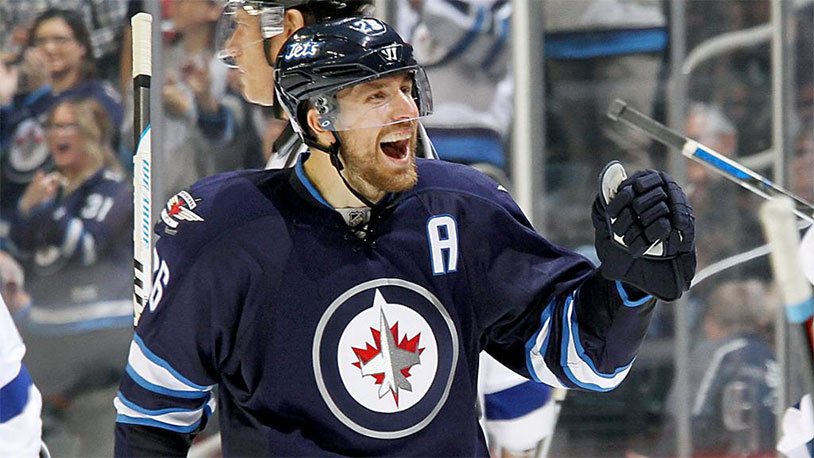 Hockey is a fast-paced game and when that puck goes flying, it can do some real damage to whatever it hits. Just ask Blake Wheeler of the Winnipeg Jets, who took a shot right to the nuts during Monday’s victory over the Edmonton Oilers. Late in the third period, Wheeler put his body in front of a hard hit from Oilers defenseman Kris Russell and the puck went straight into his groin.

The impact took Wheeler off his feet and he left the ice for the locker room. It didn’t take him out of the game altogether, though, as he was back on the ice just a minute into overtime to lead his team to a well-deserved victory in the Stanley Cup playoffs. Here’s the video if you want to see it for yourself.

The hockey player was in good spirits after the game, telling press “I’ve got three beautiful kids, we’re not having any more, so what the hell.” That’s a blase attitude about getting knocked in the nuts that isn’t terribly common in this world. But Wheeler, a 6-foot-5, 225-pound forward, has the beef to take the hard hits and keep on coming.

Read more at The Score.