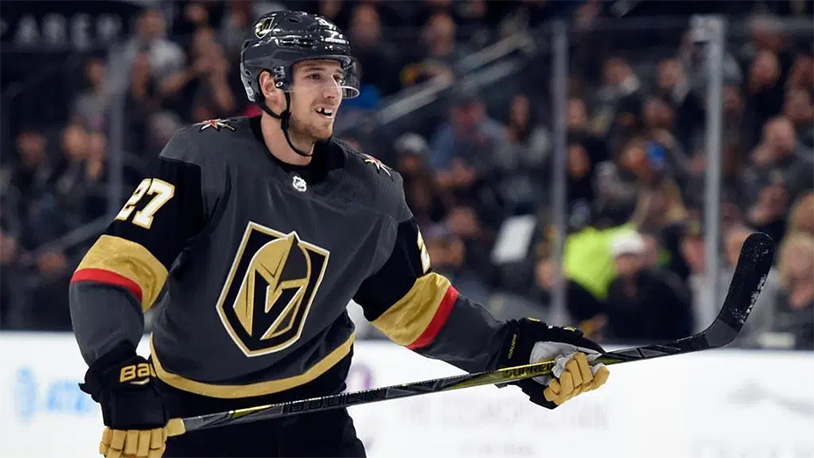 Testicular cancer doesn’t discriminate – it can strike men in all walks of life, even professional athletes. Although we’re never happy to hear about a new case, we are grateful when a patient comes forward to the public to help raise awareness and get men to check themselves. Case in point: Shea Theodore, a defenceman for the Vegas Golden Knights. Theodore released an incredibly touching and honest open letter to his fans and fellow players last week at the Player’s Tribune.

Three months ago, Theodore failed a drug test for hGC, which is found in performance enhancers but also detected in elevated amounts in many testicular cancer patients. Since he’d never taken anything to up his game in his life, it was the second option. He writes:

“I guess at that point, I should’ve been really scared. But honestly, I didn’t know what to think. I didn’t have any emotion except confusion. I just wanted to get back home and see my doctor and figure out what was going on. My agent did a really great job of keeping me calm, because he had been through something similar with Phil Kessel. He just kept telling me that even if they did end up finding something, I was really young, and I was going to be O.K.”

His agent, obviously, was right – Shea Theodore caught it early and had a crack medical team around him to help him deal with the disease. He’s had surgery to remove a mixed germ cell tumor and doctors expect him to make a full recovery.