We’ve written a time or two about the Basque Fry in Nevada, the annual event that gathers conservative politicians from around the country to chow down on a stew made with lamb testicles and talk shop. But chowing down on balls isn’t a Nevada thing – for decades, Indiana hosted its own “Hog Nut Party.”

Rexford C. Early was one of the Indiana GOP’s most influential figures throughout the 70s and 80s, and he gathered his people together just across the White River from Broad Ripple each year for the Hog Nut Party, where a massive load of pig testicles came in and were eaten. The event saw over a thousand pounds downed every year, which makes the Basque Fry look like a light snack. And Early had a wild sense of humor about his party, as evidenced by invitations like the one below. 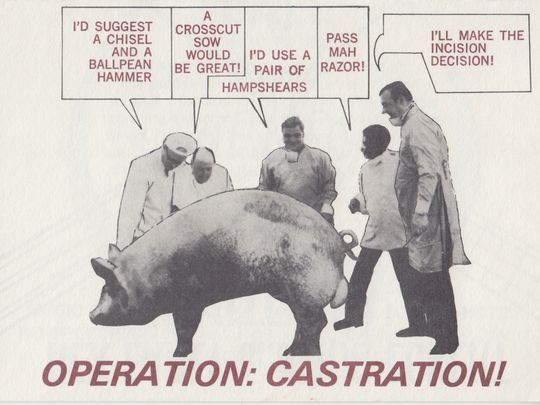 The balls were served either sliced or fried whole, and these gonads were the size of a baseball – not exactly a small bite. The Hog Nut Party was a wild and rowdy bipartisan event that was restricted to men only, and it was a boozy, convivial party that was one of a kind.

Read more at the Indy Star.