How Did We Miss This Horror Movie With Exploding Balls? 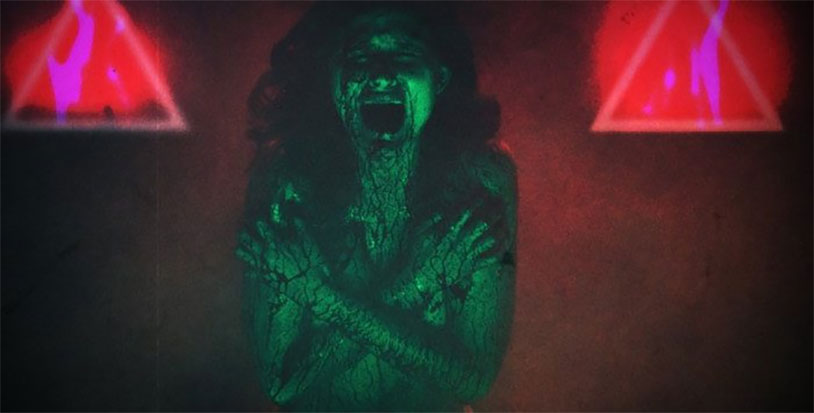 It can get exhausting keeping an eye on everything testicle-related in the world, and sometimes things manage to slip by us. Case in point, the directorial debut of Keola Racela, a gross-out horror movie entitled Porno. Released in the summer, the plot of the movie follows a group of five Christian teens who are hired to clean out a movie theater. While in there, they discover a secret room that contains a mysterious reel of film. Violating all laws of common sense, they put it in the projector and end up releasing an evil succubus with mayhem on her mind.

The movie is a love letter to gruesome 80s gore, made on a modest budget fronted by investors. But Racela brings a keen visual eye to the proceedings, as well as some character notes that prevent things from getting too goofy. But you’re here to read about the exploding balls, and that’s what we’ll give you. When a character named Heavy Metal Jeff decides to get it on with the evil woman, he ends up getting his nutsack exploded.

In repulsive practical effects, Racela splashes Jeff’s mangled scrotum on the screen as his buddy Ricky tries to stuff his gonad back in and tie everything together with a shoelace. It’s rough stuff.