How To Piss Somebody Off With A Giant Ball 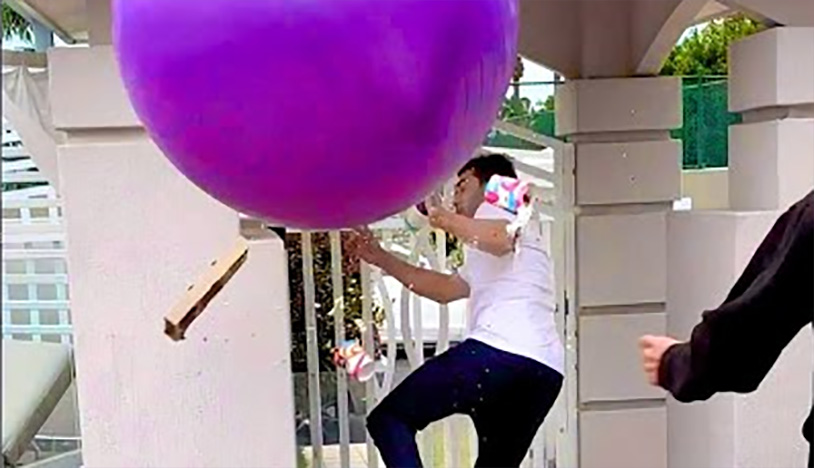 If there’s one thing we have to grant today’s YouTubers, it’s their ingenuity. Given a simple prop like a giant ball, they can squeeze hundreds of thousands of views out of it. Today’s example is a rapid-fire barrage of pranks and shenanigans courtesy of vlogger Shammi.

You might have heard that name before – Shammi is the Australian prankster who has racked up a tremendous follower count on Instagram with his heavily bro-centric content. He made the news a few years back after a series of mean-spirited tricks on his girlfriend that included smacking her in the face with raw chicken. She gave as good as she got, though, dumping dog turds into his bed. Sounds like a very healthy relationship.

This video is a little less spicy, consisting of a cavalcade of clips from Shammi and his friends as they use the giant ball (and some other orbs) to wreak havoc on each other at home and in the wild. Nut shots abound, as you’d expect, but some of the funniest ones come right out of nowhere. It’s three minutes of chaos and infectious Australian laughter, so do yourself a favor and watch it. Just don’t get any ideas – your friends might not be as happy to be pranked.