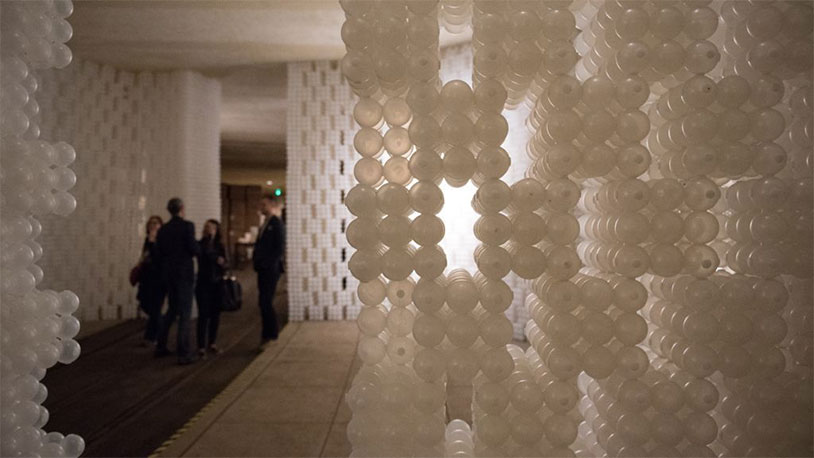 A few months back we wrote about the National Building Museum’s “Beach” installation, a massive ball pit that simulated an artificial beach during the fall. It was a popular attraction in D.C’s colder months, but after it closed in September the museum had a quandary: what to do with 750,000 plastic balls? The answer was give them to local space Dupont Underground for an art installation.

Dupont Underground has a fascinating history in itself: it’s an abandoned trolley station located beneath Dupont Circle that has been vacant since 1962 (well, there was a food court there for a while, but we don’t talk about that). The group of the same name got the city to give them a five-year lease, and now they use it for all kinds of weird exhibitions and performances.

When they heard that they’d be getting the 750,000 balls, Dupont Circle put out an open call to artists to pick what to do with them. The winning proposal came from architecture firm Hou de Sousa, who beat out several dozen other ideas. Their concept is called “Raise/Raze,” and it repurposes the orbs to add architectural details to the underground space. Huge curved walls, decorated columns and more are now dotting the landscape. 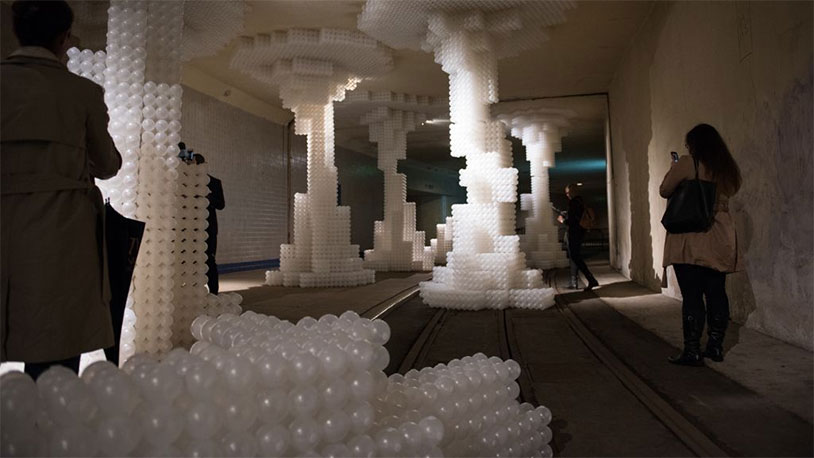 Washingtonian has more details on the art installation, which in its current state only uses some 270,000 of the balls. The group plans to slowly and steadily unbox more of them as other parts of the underground station open up, but as it stands now it’s already a pretty incredible installation. Many of the balls are formed into cubic shapes that visitors can use to construct their own structures as well.

If you’re in the D.C. area and want to visit Raise/Raze in person, you might have to wait a bit. Tickets are already sold out through the end of June. The Dupont Underground site has more information.