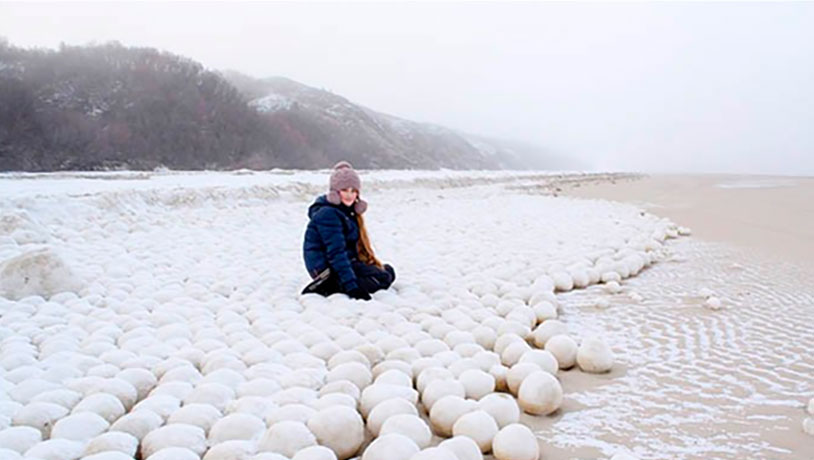 Winter is coming, both in the climate change sense and in the Game of Thrones sense. So you can expect some pretty weird stuff to happen all over the globe. It’s already happening in Siberia, where hordes of frozen balls have mysteriously appeared on a beach in the Gulf of Ob.

Nearly eleven miles of the shoreline were covered with densely-packed orbs of snow and ice, lined up so neatly that it’s amazing human hands weren’t involved. It’s a rare weather phenomenon known as frazil ice, where intense temperatures create needle-like shards of ice in bodies of water. Typically it happens when oceans and lakes are calm, they coagulate into saucer and plate-sized masses and float. But because the weather was rough, the Gulf of Ob tossed and turned them into spheres.

Those spheres eventually made their way with the tides to the beach, where they massed in huge numbers. Locals discovered them in the morning, where they took some very compelling photographs. These ice balls aren’t just restricted to Siberia, either. Frazil ice balls have been seen in Finland as well as last year in Lake Michigan. The balls typically last for a few days, depending on the weather and how rowdy neighborhood kids get.