What Are These Huge Siberian Balls? 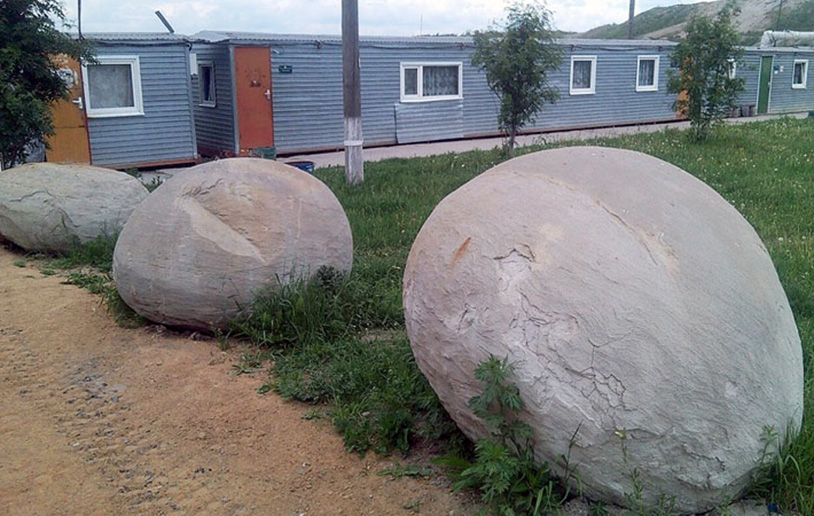 The world is full of mysteries, and no matter how much of it we explore there’s always new stuff to see. Case in point: these giant Siberian stone balls discovered in a Russian coal mine. The ten orbs were hauled out from nearly 100 feet beneath the earth, and each one measures about a meter in diameter.

This kind of discovery always has archaeologists perplexed. How did the balls form? Who put them down there in those tunnels? And in the pre-industrial age, how was it even possible to move such enormous objects? Sadly, we’re not able to provide answers to any of those questions, although there are theories.

Geologists have ruled out human involvement in the process, instead believing that the Siberian spheres were produced by a process akin to how pearls form inside oysters. An organic nucleus – a leaf, shard of bone, or a tooth – started accreting sediment from nearby rocks. When water flows through, those minerals slowly cling to the organic matter. Over a very long period of time, they get bigger and bigger.

Similar balls have been excavated in Utah, where they are called the Moqui marbles. These are the first ones found in Siberia, though.

Read more at the here.