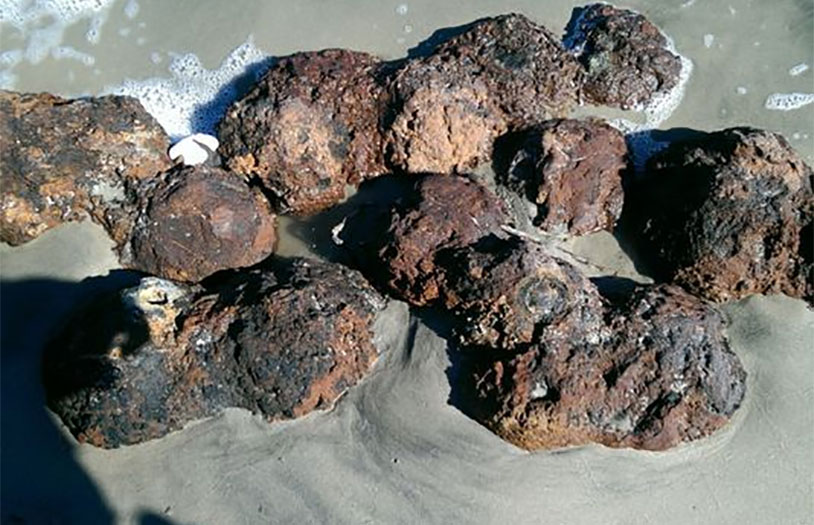 Hurricane Matthew’s impact on the Southeast wasn’t as bad as some had predicted, but it still left lots of people out of their homes. But every cloud has a silver lining, and one of the most interesting side effects of a massive storm blowing through was the discovery of some relics of the War between the States.

On Folly Beach near Charleston, South Carolina, enough sand was washed away by the massive storm to reveal a deposit of rusty, malformed cannonballs left over from the Civil War. Sixteen in total, they were spotted by a person walking on the beach after the storm abated. Thankfully, that person was Richard Beck, the mayor of Folly Beach, who realized they were explosive and didn’t mess with them.

USA Today has the story. Folly Beach was a vital site during the war, as the Union army used it to prepare before the siege of Fort Morris. Even though the cannonballs are hundreds of years old, some do contain unexploded ordinance. In 2008, a man was killed while attempting to restore one in Virginia.

So after Hurricane Matthew had come and gone, the town of Folly Beach sent the bomb squad out to the site and had them do a controlled demolition of the fascinating historical finds.