Hyena Gets Buffalo In The Balls After Vicious Struggle 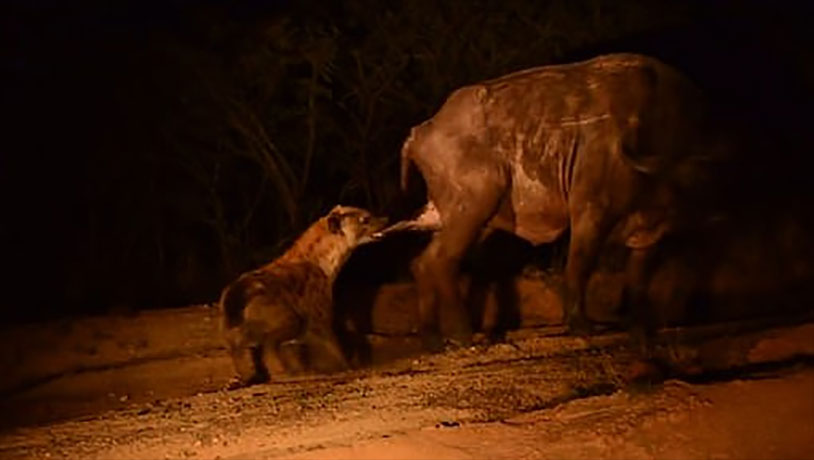 Mother Nature is a cruel mistress, especially when you’re low on the food chain. A recent viral video from Africa depicts a mighty buffalo valiantly fending off an attack by lions only for a hyena to creep in from behind and bite it on the nuts to take it down.

The attack happened in South Africa’s Kruger National Park, where a guide was filming the whole brutal scene. Typically buffaloes travel in groups, but as they get older males especially venture off on their own. Known as “dagga boys,” they serve as bait for predators to lead them away from the herd.

In the clip, the buffalo starts braying for help when fighting off the lions. Unfortunately, his cries for help backfire as he’s not aided by his own kind, but rather they serve to call in the hyena to finish the job. Here’s the video – it’s quite a thing to watch.

We feel a lot of sympathy for our poor buffalo buddy here. Imagine fighting valiantly for your life against one of the most powerful predators in your ecosystem, only to be laid low by a sneaky scavenger who chomps down on your nuts. Life ain’t fair.